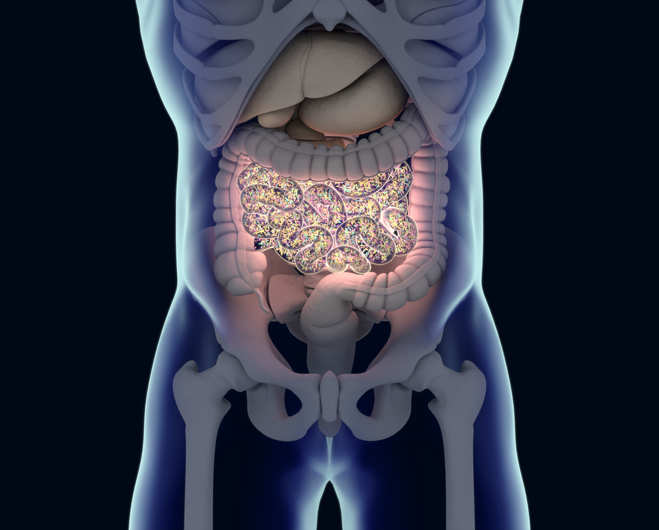 Washington: A research led by the University of Alabama demonstrated a new method to treat Crohn’s disease with the help of a mouse model and immune-reactive T cells from patients suffering from the same disease.

Researcher Charles O Elson, M.D., professor of medicine from Birmingham, focused on a subset of T cells known as T memory, or Tm cells. The UAB researchers used a triple-punch treatment to remove Tm cells and increase the number of T regulatory, or Treg, cells.

Both of these results were able to prevent colitis in a T cell transfer mouse model, and they had similar inhibitory effects on immune-reactive CD4-positive T cells isolated from Crohn’s disease patient blood samples.

These results, Elson says, support potential immunotherapy to prevent or ameliorate inflammatory bowel disease.Some background is needed to understand how and why the triple-punch treatment, which was reported in the journal Science Immunology, works.

Inflammatory bowel diseases result from an over-activation of the immune response against gut microbes in genetically susceptible hosts. One specific microbial antigen causing this over-reaction by short-lived T effector cells is flagellin, the protein-subunit of bacterial flagella, the long tail-like structures that twirl like a propeller to make some bacterial motile.

One group of immuno-dominant flagellins are those from the Lachnospiraceae family, including CBir1; more than half of Crohn’s disease patients have elevated serological reactivity to CBir1 and related flagellins.

Unlike the short-lived T effector cells that act as soldiers to help fight infections, T memory cells serve as sentinels that remember a previous encounter with flagellins.They are long-lived and quiescent, with a low level of metabolism. If reactivated by a fresh encounter with flagellin antigens, they undergo a profound metabolic transition and quickly expand into large numbers of pathogenic T effector cells.

This metabolic switch is controlled by a signaling protein, mTOR, located in the Tm cell.Thus, activation of mTOR is necessary for T cell expansion, making it an inescapable metabolic checkpoint to create activated Tm cells. It is also the checkpoint for T naive cells that are encountering flagellin for the first time.

So, Elson and colleagues hypothesized that activation of CD4-positive Tm or T naive cells by flagellin antigens, while at the same time shutting down the metabolic checkpoint through the use of mTOR inhibition, would result in the death or an absence of the normal immune response to an antigen, which is called energy.

These effects comprise two parts of the triple-punch treatment, with the third being induction of Treg cells.

The activation was prompted by a synthetic peptide that had multiple repeats of one CBir1 epitope. Such a peptide can selectively stimulate memory cells without activating an innate immune response.

It prevented colitis in the mouse model and had similar inhibitory effects on microbiota-flagellin-specific CD4-positive T cells isolated from patients with Crohn’s disease.

For a potential future treatment of patients with Crohn’s disease, only targeting single flagellin is unlikely to have much effect, Elson says.

In developed countries, three of every 1,000 people have inflammatory bowel disease. Its major forms, Crohn’s disease, and ulcerative colitis, have substantial morbidity and large medical care costs, and no current therapy alters the natural history of these diseases.