While the entire world was in the coronavirus-induced lockdown in July, a Twitter SOS, and then help from Kavitha, TRS MLC and Telangana CM KCR‘s daughter, saved the life of a 7-year-old boy suffering from a brain disease.

Kavitha received a request from a Twitter handle that a boy named Muteer Rahman was suffering from a severe brain-related disease called Posterior Cranial Fossa. The boy had been unconscious for about 15 days.

Kavitha got the Rahman’s father and family back to India from the Gulf as steps were initiated for his treatment. 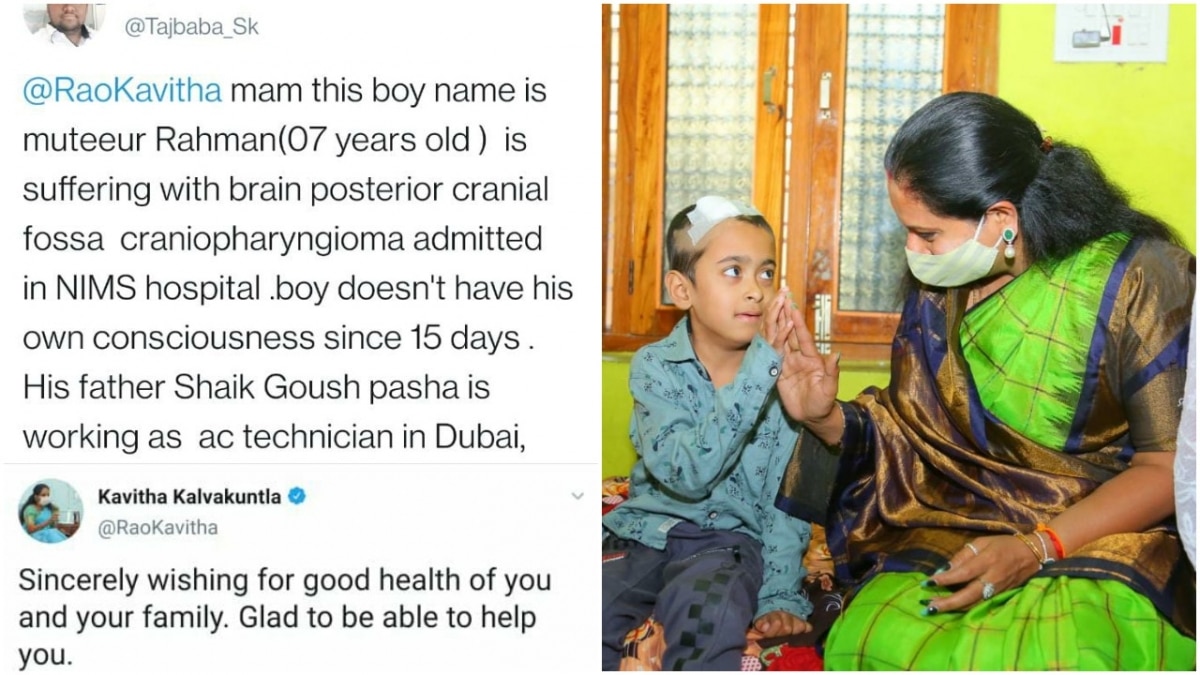 She remained in touch with Hyderabad’s NIMS Hospital and ensured financial support to the family from the chief minister’s office. Later, the medical expenditure was also slashed to half.

In December, after four surgeries, Rahman’s health improved. Kavitha met Rahman and his family at Peddapalli on Sunday and wished him a speedy recovery and good health.

I’m a Catholic who’s struggled with eating disorders. You aren’t alone if you do, too.

Swimming vs running: Health benefits and risks of each

Swimming vs running: Health benefits and risks of each