In a new study, scientists have presented that adding an investigational cancer drug to an extensively used treatment for diabetes enhances blood sugar control and weight loss in mice.

This research is published in eLife on December 22. The results shed light on clinical research of the new drug combination as a more efficient long-term cure for millions of people suffering from obesity and diabetes.

Specifically, as indicated in the study, “Glucagon-like peptide 1 agonists or GLP-1 analogs are a comparatively new drug class that lowers the blood glucose levels, not to mention, reduces body weight. 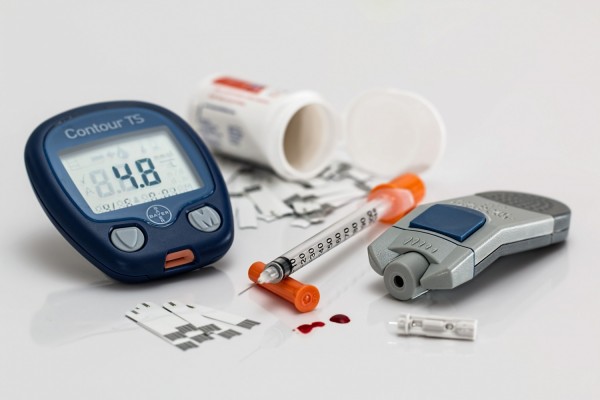 (Photo : Steve Buissinne on Pixabay)
In a new study, scientists have presented that adding an investigational cancer drug to an extensively used treatment for diabetes enhances blood sugar control and weight loss.

According to Dr. Reddy’s Institute of Life Sciences’ Dr. Prasenjit Mitra, the project team leader, they have previously presented that prolonged link of the “GLP-1 agonists with the glucagon-like peptide 1 receptor” backs insulin emission in pancreatic beta cells.

This, Dr. Mitra added, led them to see if they could improve the effects of “GLP-1 agonism” on controlling sugar levels with complementary treatment.

To find an answer to their search, Science Daily reported, the research team started with a library of potential drugs and have them tested in pancreatic beta cells to find out if they improved the effects of a GLP-1 drug “on incretin receptor activity” by gauging a second messenger molecule known as cAMP.

The researchers discovered four molecules that improved GLP-1 drug activity. The most efficient, the entinostat or MS-275, yielded 3.5 times the cAMP levels compared to the GLP-1 drug solely.

Essentially, MS-275 is part of a drug family known as class 1 HDAC inhibitors that are being examined as therapies for other illnesses, which include cancer.

Effect of Drug in Blood Sugar

Given the synergistic impact of the drug in pancreatic beta cells, the research team investigated whether their findings would be effective in obese mice and provided their subjects with a high-fat diet.

Graduate student Shilpak Bele, under the direction of Dr. Mitra, as well as the other members of the team, found that mice treated using the drug combination had a “much lower fasting glucose level” compared to those that were sustained using repeat dosing.

Where a diet high if fats increased fasting glucose sugar in the untreated mice, those on the model combination treatment stayed in control.

Given these effects on blood sugar, the researchers discovered if the combination treatment minimized weight gain, as well.

Mice provided with the combination therapy had a substantial and sustained reduction in their intake of food, which led to weight loss.

When the therapy was interrupted, the mice had their weight regained. Once the treatment continued, only mice that received the combination treatment exhibited considerable weight loss again.

What the Study Findings Suggest

Dr. Mitra explained, GLP-drugs have arisen in the last 10 years as unique drugs that provide considerable improvements in glycemic control and body weight.

Nevertheless, they rarely attain complete metabolic recovery or help in treating linked comorbidities like body weight, for one.

This then lays the foundation for clinical research of combinations of GLP-1 and HDAC inhibitors for the long-term control of diabetes and obesity in humans.

Check out more news and information on Diabetes in Science Times.