Coronavirus: What’s happening in Canada and around the world on Monday

A major Edmonton hospital is stepping up planning to handle a potential surge in ICU admissions and Calgary’s top emergency management official is calling for a so-called circuit breaker lockdown to try and beat back the second wave of COVID-19 in Alberta.

The province, which on Sunday reported 991 new cases of COVID-19 and six new deaths, has 9,618 active cases.

In Edmonton, a leaked email from an executive director of the Royal Alexandra Hospital outlined projections for a major uptick in ICU admissions and outlined some of the steps being taken to get ready.

“We need to be prepared,” said the Saturday email from Donalda Dyjur, an executive director at the hospital.

In Calgary, the chief of the city’s emergency management agency called for people to heed the warnings of physicians on Twitter, saying the second wave of COVID-19 is “large and it may run over our health-care system, our economy, and our mental health and wellness.”

Tom Sampson told CBC Calgary on Sunday that he thinks a so-called circuit-break lockdown is required.

“A hard one — it may be a fairly long one. It could be as long as 28 days,” he said. “But if we did it sooner rather than later, hopefully we’d be back up and have a normal Christmas, and have our normal shopping environment for Christmas.”

Researchers in Canada and around the world have been racing to find therapeutics and vaccines and on Monday, U.S-based company Moderna announced a significant milestone in its search for a safe and effective vaccine.

The Cambridge, Mass.,-based company said its vaccine appears to be 94.5 per cent effective, according to preliminary data from the company’s still=ongoing study. A week ago, competitor Pfizer Inc. announced its own COVID-19 vaccine appeared similarly effective — news that puts both companies on track to seek permission within weeks for emergency use in the U.S.

Moderna’s vaccine, created with the U.S. National Institutes of Health, is being studied in 30,000 volunteers who received either the real vaccination or a dummy shot. On Sunday, an independent monitoring board broke the code to examine 95 infections that were recorded starting two weeks after volunteers’ second dose — and discovered all but five illnesses occurred in participants who got the placebo.

The study is continuing, and Moderna acknowledged the protection rate might change as more COVID-19 infections are detected and added to the calculations. Also, it’s too soon to know how long protection lasts. Both cautions apply to Pfizer’s vaccine as well.

Canada, which has already signed deals with several companies to procure vaccine candidates, has an agreement with Moderna to receive up to 56 million doses of its vaccine.

Canada’s COVID-19 case count — as of early Monday morning — stood at 296,077, with 49,723 of those considered active cases. A CBC News tally of deaths based on provincial reports, regional health information and CBC’s reporting stood at 10,953.

In Nunavut, which only recently reported its first confirmed cases of the novel virus that causes COVID-19, health officials reported 10 new cases on Sunday. The new cases are linked to an outbreak in the community of Arviat and took the territory’s overall total to 18.

Arviat’s first positive diagnosis was only confirmed on Friday.

“Due to the number of cases of COVID-19 in Arviat, anyone from Arviat who left the community on or after November 2 is being asked to immediately isolate for 14 days wherever they are,” territorial Chief Public Health Officer Dr. Michael Patterson said in a statement.

There were no new cases reported in Yukon or the Northwest Territories.

WATCH | Why COVID-19 is finding its way back into long-term care homes: 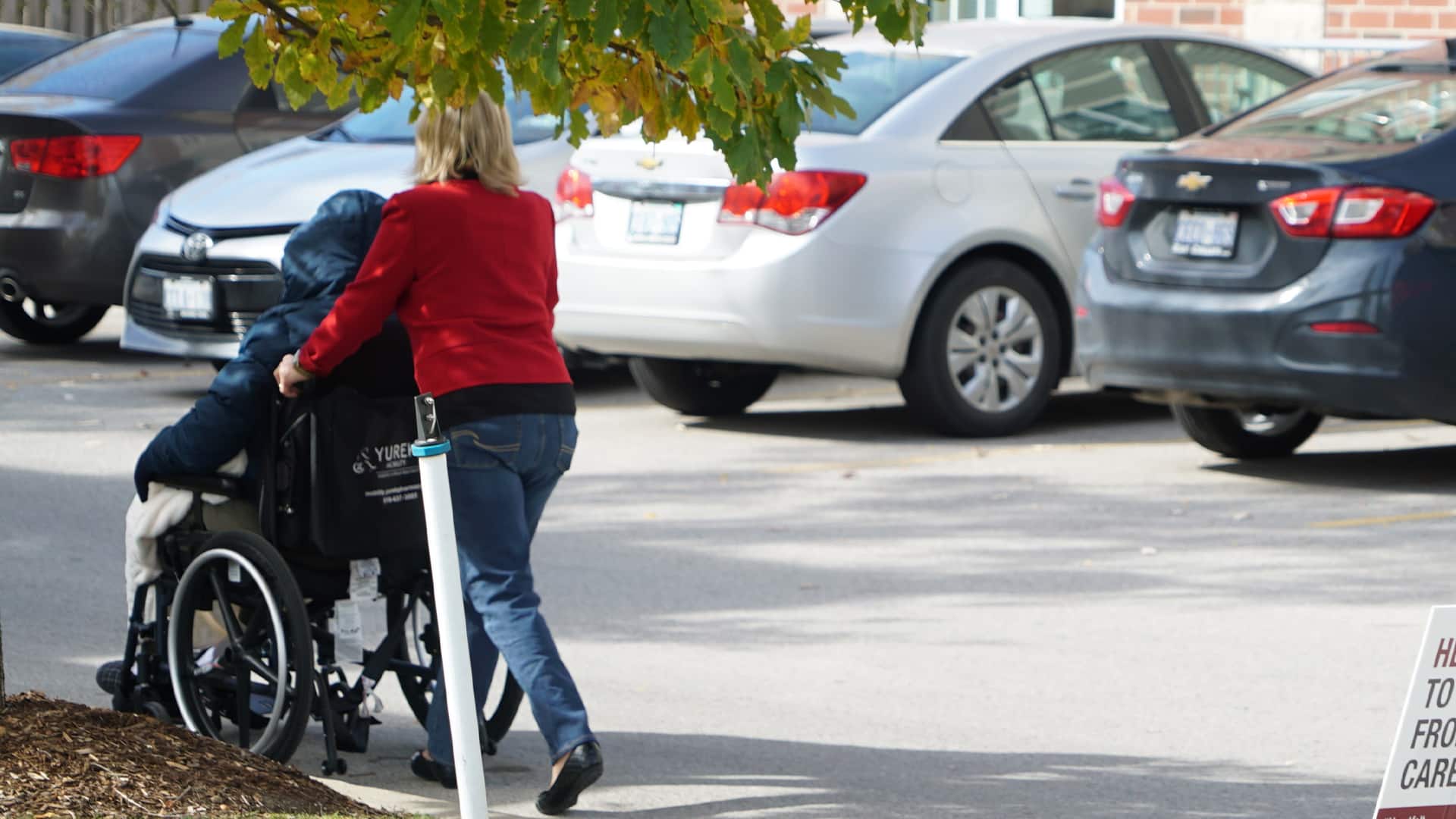 A growing number of long-term care homes are again overrun with COVID-19. Familiar and horrific scenes are again playing out. The problem? The virus may move quickly, but there’s no quick fix for problems in the long-term care sector that go back years. 2:32

In Manitoba, health officials on Sunday reported a record-high 494 new cases of COVID-19, bringing the total number of cases reported in the province since the pandemic began to 10,947. The province also reported 10 additional deaths on Sunday — including seven tied to an outbreak at a Winnipeg long-term care home — bringing the province’s death toll to 162.

Several regions in Ontario are moving into the “red zone” on Monday after Premier Doug Ford lowered the thresholds for his colour-coded system of public health restrictions. Hamilton, Halton and York regions moved Monday to the red alert level, joining Toronto and Peel Region.

Ontario on Sunday reported 1,248 new cases of COVID-19, a slight decrease from the 1,585 cases reported on Saturday.

Health officials also reported 29 deaths on Sunday, bringing the death toll in the province to 3,361. Hospitalizations stood at 479, with 118 in intensive care.

WATCH | What to do if you’re confused about COVID-19 rules and guidelines: 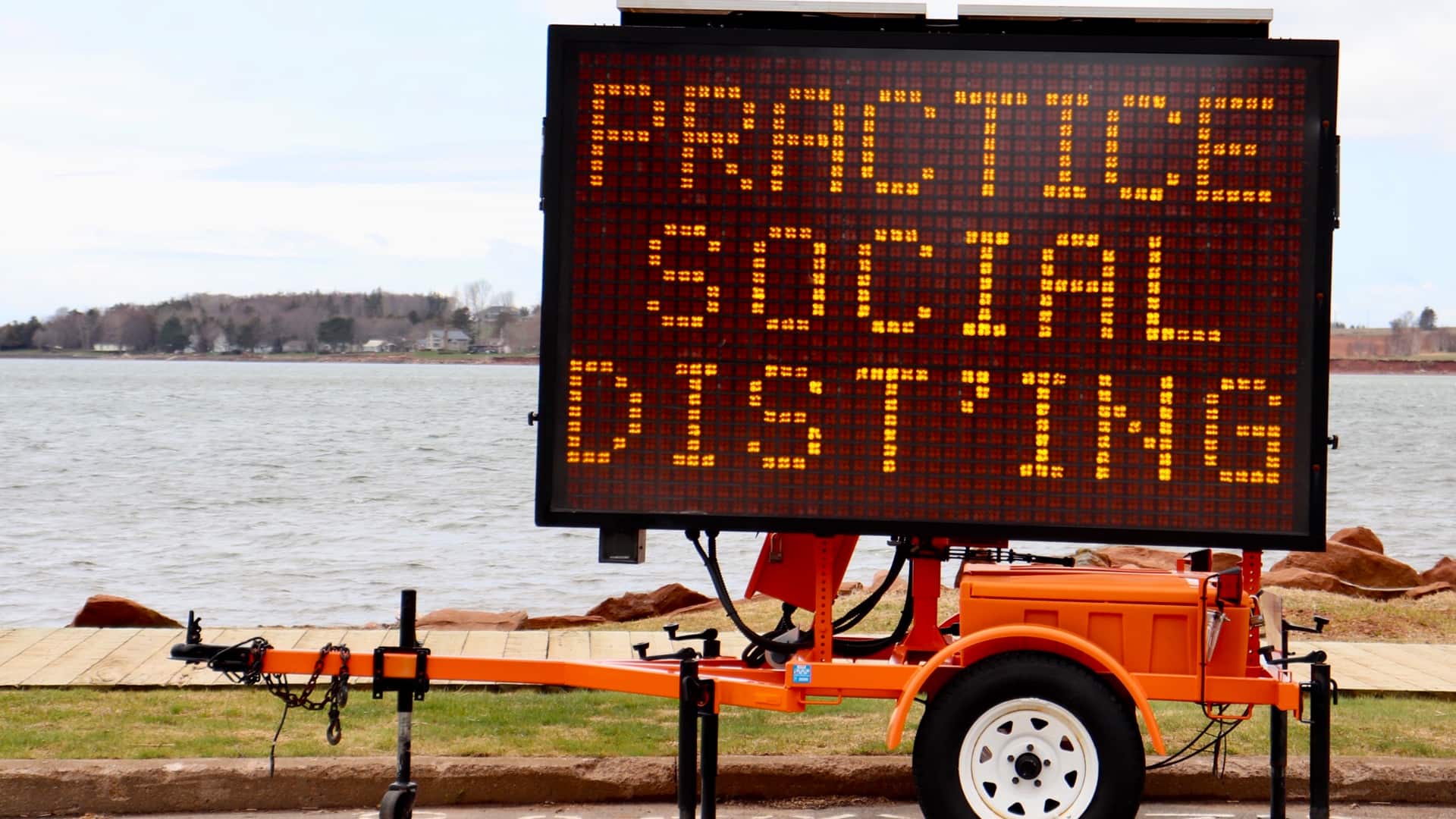 Doctors answer questions about the COVID-19 pandemic including what to do if you’re confused by the current rules and guidelines in your area. 5:56

Quebec reported 1,211 new cases of COVID-19 on Sunday and 15 additional deaths. A provincial dashboard put the number of hospitalizations at 587, with 89 in intensive care.

“Home care is what people want, and they want it even more because of the pandemic,” said Health Minister Christian Dubé.

In Saskatchewan, health officials on Sunday reported 181 new cases of COVID-19 and two additional deaths, bringing the province’s death toll to 31. Premier Scott Moe said Sunday that more measures could be coming to fight COVID-19 in the province in addition to those already slated to take effect this week.

Three schools in British Columbia’s hard-hit Fraser Health region are being closed for two weeks because of COVID-19.

A B.C. woman is fighting for her life, after contracting COVID-19 from an unknown source while pregnant. Her baby was born via emergency C-section, she is in an induced coma, and her husband has a message for everyone: COVID-19 can hit anyone, even those who take every precaution. 1:59

In Atlantic Canada, New Brunswick reported three new cases of COVID-19 on Sunday, while both Nova Scotia and Newfoundland and Labrador reported two new cases. There were no new cases reported in Prince Edward Island.

What’s happening around the world

WATCH | COVID-19 is on the rise in the U.S and transition troubles could slow efforts to fight it:

From The Associated Press and Reuters, last updated at 7:30 a.m. ET

As of early Monday morning, more than 54.4 million cases of COVID-19 have been reported worldwide, with more than 35 million of those listed as recovered by Johns Hopkins University. The university’s COVID tracking tool put the number of deaths at more than 1.3 million.

In the Americas, more than 11 million cases of the coronavirus have now been reported in the United States, with the most recent million coming in less than a week.

COVID-19 is spreading more rapidly across the U.S. than it has at any time since the pandemic started. Deaths are also on the rise, though not at the record high numbers reached in the spring. The seven-day rolling average for daily new deaths was more than 1,080 as of Saturday, more than 30 per cent higher than it was two weeks earlier.

In Brazil, the health ministry said it had taken the system used to report COVID-19 case numbers and deaths offline in recent days to protect against a suspected cyber attack.

In the Asia-Pacific region, India has registered 30,548 new coronaviruses cases, the fewest in the last four months but amid growing concerns about the latest surge in the capital, New Delhi.

India has now recorded a total of 8.84 million cases, second behind the U.S.

The Health Ministry said Monday that the country was showing a trend of declining average daily cases over the last two months. The ministry also reported 435 new fatalities, raising the death toll to 130,070.

India’s daily cases have seen a steady decline since the middle of September, but New Delhi is now recording more new infections than any other state.

From Thursday, New Zealanders will be legally required to wear masks on public transport in Auckland and on planes nationwide. Prime Minister Jacinda Ardern and Virus Response Minister Chris Hipkins announced the new rules on Monday after meeting with senior lawmakers.

The country has been largely successful in eliminating the virus but has experienced several small outbreaks in Auckland, the latest one after a military worker at a hotel where travellers returning from abroad are being quarantined got infected.

In Africa, Algeria will reimpose restrictions to combat the spread of COVID-19 from Nov. 17, including closing gyms, cultural centres, leisure venues and used car markets.

In the Middle East, Iranian President Hassan Rouhani on Sunday declared “the general mobilization of the nation and the government” to confront the third wave of the coronavirus. The country has reported more than 775,000 cases of COVID-19 and more than 41,000 deaths, according to Johns Hopkins.

In Europe, Germany’s federal government and states are considering new measures to halt the rise in infections, such as dramatically reducing the number of people at household gatherings and compulsory mask wearing for school students.

Britain said on Monday it will open two new “mega” laboratories in early 2021 for carrying out COVID-19 tests, a day after Prime Minister Boris Johnson went into self-isolation after coming into contact with someone who tested positive for the virus.

In the western city of Nantes, hundreds gathered in front of a statue of the Virgin Mary, some kneeling on the rain-soaked pavement, according to local broadcaster France Bleu. Similar gatherings were reported or planned in the eastern city of Strasbourg, in Bordeaux in the southwest, and outside the Saint-Louis Cathedral in Versailles.

With more confirmed virus cases than any other European country, predominantly Catholic France banned mass and other religious services for the month of November as part of nationwide partial lockdown measures aimed at reining in infections and relieving pressure on hospitals. Churches and other religious sites remain open for individual visitors to come and pray.

France’s interior minister is scheduled to meet with religious leaders on Monday to discuss when and how services could again be permitted, notably amid pressure to allow Christmas ceremonies.

Ground Turkey vs. Ground Beef: Is One Healthier?

Ground Turkey vs. Ground Beef: Is One Healthier?