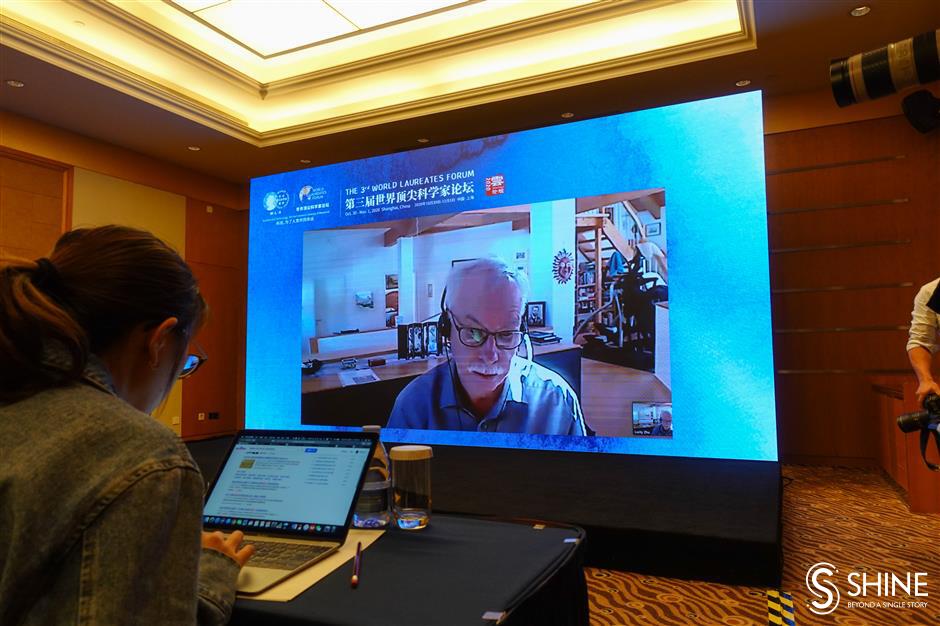 There is little possibility of neurodegenerative diseases being cured, German biochemist Franz-Ulrich Hartl said in a video interview on Saturday evening during the third World Laureates Forum.

Hartl, director of the Max Planck Institute for Biochemistry, was honored with the prestigious Albert-Lasker Basic Medical Research Award in 2011 for revolutionary insights into chaperone-mediated protein folding, a key process for biological function which failure is believed to be linked to neurodegenerative diseases.

The same year, Chinese scientist and Nobel Laureate Tu Youyou won the Lasker~DeBakey Clinical Medical Research Award for the discovery of artemisinin, a drug therapy for malaria that has saved millions of lives across the world.

According to Hartl, neurodegenerative diseases, particularly Parkinson’s and Alzheimer’s, have very little possibility of being cured.

“Hopefully, if we are lucky, we will be able to slow the progression of these diseases,” he said.

The difficulty is that with neurodegenerative diseases the changes in the brain remain largely unknown, he said.

With cancers, it is a single problem resulting from uncontrolled growth and division of abnormal cells.

With neurodegenerative diseases, it’s the failure of the complex nervous system.

Hartl’s research is believed to offer a new approach to treat neurodegenerative diseases.

Proteins have to fold into complex three-dimensional shapes to be functionally active. But not all proteins can fold inside cells by themselves.

Hartl, together with Arthur Horwich, determined that a protein called chaperonin acts as a cage-like folding “machine” that provides a safe place for proteins to fold, away from outside interference.

However, there are thousands of different proteins. They could get tangled up and fail to fold properly, which has been increasingly recognized as the cause of neurodegenerative diseases.

One interesting insight in recent research, according to him, is that as our cells age, molecular chaperones becomes weak in preventing unwanted protein aggregation and misfolding.

“That might be one reason why these diseases are age-dependent,” he said.

“Hopefully, our research could offer a science base to develop strategies to slow down the progression of these diseases. If we can understand it, our health span could be expanded.”

This raises the possibility that all functions of proteins could be repaired, enabling people to live forever.

“I don’t know whether it can help expand life span,” Hartl said. “I think it can surely expand the active health span of a person.”

Intermittent Fasting Does Work for Weight Loss, This Doctor Clarifies