A Facebook post claims drinking water from a copper cup has a range of health benefits, including helping to lower the risk of cancer and heart disease.

The post, from October 16, includes an image of a copper-coloured cup alongside text claiming drinking water from the vessel will variously kill bacteria; stimulate the brain; regulate the functioning of the thyroid gland; soothe arthritis pain; boost skin health; slow down ageing; improve digestion; “get rid of anemia”; and lower risk of cancer and heart disease.

It was posted by Fijian radio station Mirchi FM Fiji, which has more than 112,000 Facebook followers. At the time of publication the post had been shared more than 90 times, attracting more than 34,000 views.

The image includes a brand label for Cure Joy, a company with a website and social media channels that promote “natural health and wellness”. The image was shared on the Cure Joy Facebook page in March 2018.

While copper is a crucial element in a healthy diet and supports a range of bodily functions, there are no benefits to drinking from a vessel made from the heavy metal, experts say.

The US National Institute of Health’s (NIH) fact sheet on copper says copper is an essential mineral involved in processes including brain development and immune system function.

Many foods are naturally high in copper, with one unpeeled potato delivering 675mcg of the mineral (table 2). The NIH puts the “tolerable upper intake level” for adults at 10,000mcg, or 10mg.

It says the effects of copper deficiency, which is uncommon, include anaemia, high cholesterol, osteoporosis and an increased risk of infection. Copper deficiency may also play a role in heart disease but the results of studies are mixed, as are expert views on the role of copper in the development of Alzheimer’s disease.

Professor Ashley Bush, a neuroscientiest and director of the Melbourne Dementia Research Centre, told AAP FactCheck via email that the image in the Facebook post was misleading as people only needed a small amount of copper in their diet each day and deficiency was rare.

“It is essential, but more is not better,” Prof Bush said. His research has focused on the role of metal biology in neurodegenerative brain diseases.

“Excess copper can be harmful but also difficult to achieve. Copper cups should be harmless enough, but there are no benefits.”

A 2016 review of the evidence on dietary copper and human health, published in the Journal of Trace Elements in Medicine and Biology, found the metal was neither beneficial nor harmful for a range of conditions, including cardiovascular disease, cognitive decline, arthritis and cancer.

It found limited evidence that a very low copper intake was linked with impaired immune function in healthy subjects, noting that there were few reports of deficiency in the general population except among formerly obese patients after gastric-bypass surgery.

Another review into the health impacts of copper, by Polish academics, said high concentrations of copper in drinking water had been linked to infant deaths in a number of countries and that copper may contribute to cancer growth.

However it noted that copper deficiency could contribute to heart disease and was associated with osteoporosis and a poor immune response.

Copper is known to have antibacterial properties. A study published in Applied and Environmental Microbiology found “metallic copper surfaces rapidly and efficiently kill bacteria” and trials in laboratories and hospitals had shown copper surfaces effectively kill a wide range of microbes.

Another study, published in the Journal of Health, Population and Nutrition, found that storing water in copper pots for 16 hours killed bacteria. The vessels were found to leach the mineral, however this was done at only five per cent the maximum safe level included in World Health Organization guidelines.

Scott Ayton, deputy director of the Melbourne Dementia Research Centre, studies the role of copper and other metals in the ageing process and in neurodegenerative diseases.

He told AAP FactCheck via email and in a phone interview that copper did have a range of health benefits but most people got enough copper from their diet.

He agreed that the amount of the metal you would ingest from drinking water from a copper cup would not be enough to be either beneficial or harmful.

“It would be more effective to eat copper-rich foods than using a cup as a copper source,” Dr Ayton said.

“That said, copper deficiency is not ordinarily a problem, and eating more copper is unlikely to translate to any of those beneficial claims.”

A large portion of the population already had copper in their drinking water as copper pipes were the most common way to transport water throughout the world, he said.

“We may expect that less bacteria will grow on a copper cup, but another simple solution is to just wash a normal cup before you use it.”

The United States Center for Disease Control and Prevention’s (CDC) public health statement for copper notes that people may be exposed to high levels of copper in their drinking water if corrosive water is passed through copper plumbing and brass fixtures.

It says exposure to higher doses of copper may cause nausea, vomiting, stomach cramps or diarrhoea.

The NIH says chronic exposure to high levels of copper could result in liver damage and gastrointestinal symptoms, and copper toxicity has been reported in people who drank water which had been sitting stagnant in copper plumbing. 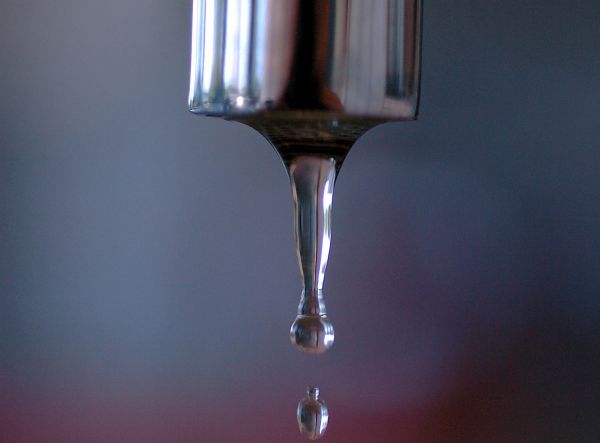 People can ingest dangerous doses of copper due to contamination in pipe systems.

Drinking water from a copper cup will not deliver the health benefits claimed in the Facebook post, according to experts.

While copper is an essential part of a diet and does have antibacterial properties, most people get enough copper in the food they eat and copper deficiency is rare. Conversely, consuming high levels of copper is harmful, although drinking water from a copper cup is also unlikely to have any dangerous effects.

* AAP FactCheck is accredited by the Poynter Institute’s International Fact-Checking Network, which promotes best practice through a stringent and transparent Code of Principles. https://aap.com.au/