Ever since we saw the first look of Silambarasan TR in Susienthiran’s Easwaran, there has been so much talk about his physical transformation. His latest photoshoot pictures that have gone viral show that the actor has lost oodles of weight, and is looking fitter than ever before. He started his journey at 101kg and the actor now weighs 71kg, losing 30kg. Simbu started his fitness journey last November. In a candid chat with us, his friend Mahat Raghavendra and fitness trainer Sandeep Raj take us through Simbu’s physical
transformation…

How it all started
Mahat was training under Sandeep Raj, a celebrity fitness trainer and even sported six-pack abs. When Simbu saw Mahat’s transformation, he wanted to begin training, too. That’s when he got introduced to Sandeep. “We started last November, and at that time, Simbu weighed 101kg. Simbu didn’t lose weight for films or just to prove a point. He wanted to do it for his fans and his loved ones, who stood by him during the tough times,” says Sandeep. 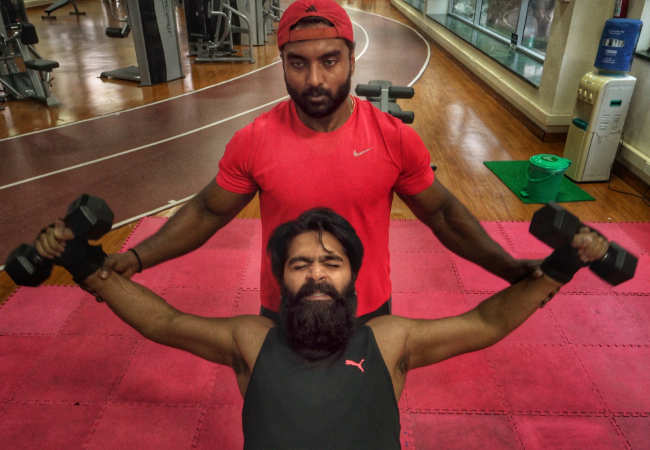 He wanted a lifestyle change and I was more than ready to help him achieve his goal. He came to me, wanting to lose belly fat. But training him was a different experience. Simbu is an extrovert and he isn’t someone who would do the same activity over and over again. Over the last couple of months, we worked on various activities. He starts his day at 4.30am, and goes for a brisk walk. Then, we hit the gym and work on various body parts. We started with strength and resistance training. We used to work out for four days a week and now, for over five days a week,” says Sandeep, and adds that Simbu was also fond of various sports activities.

Sandeep says that Simbu was 87kg in February. “After the pandemic took over, he again started putting on weight. We then resumed our workouts regularly in June and he now weighs 71.1kg. He lived by the saying, ‘If there’s a will, there is a way.’ I was sceptical to train him as there were so many rumours doing the rounds. But once I met him and started working with him, I realised that he is a hardworking and dedicated person. He is now an example for many.” 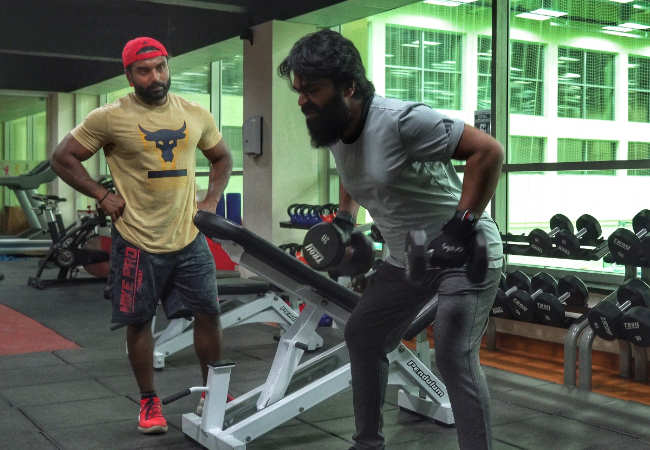 A diet that mattered
Sandeep says that Simbu completely cut down junk and non-vegetarian food. “He went through various phases when it came to diet. He started by cutting down non-veg and junk food, and shifted to alkaline-rich and nutrient-dense foods. Simbu then went on a calorie deficit diet and even took up liquid meals. Some of the salads that he wasn’t fond of, he used to juice them up and have. It was a mix of high-protein, low-carb diet. So, small things like these made a huge difference in his weight loss. And the best part was that he cooked all his meals,” says Sandeep. 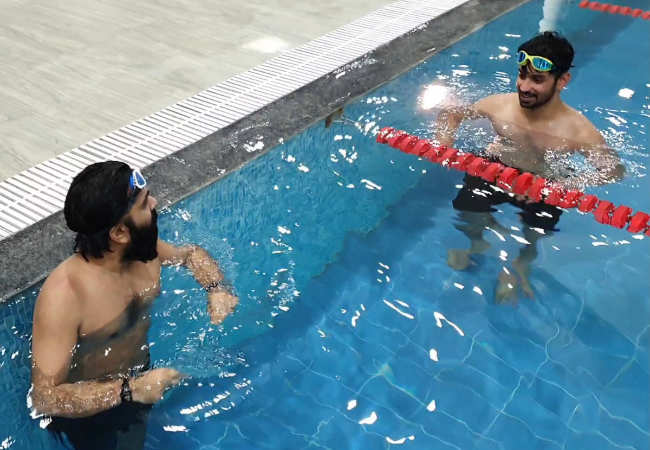 ‘He took up tennis, basketball, boxing’
Simbu’s friend and actor Mahat Raghavendra says that Simbu was fond of sport-based activities. He says, “He loved taking up various sports activities. Apart from working out, he also took up tennis, boxing, rowing, swimming and played basketball to lose weight. While Sudarshan Annadurai, a city-based boxer, trained him in boxing, Saravanan, a big fan of Simbu, coached him in tennis.”

Mahat says that he is proud of what Simbu has achieved. “When Simbu was going through tough times, many simply wrote him off. But he proved them all wrong and came back stronger,” says Mahat.

How to Get Your Protein from Plant-Based Foods: 4 Days of Meals

9 Tips for Removing Them

9 Tips for Removing Them