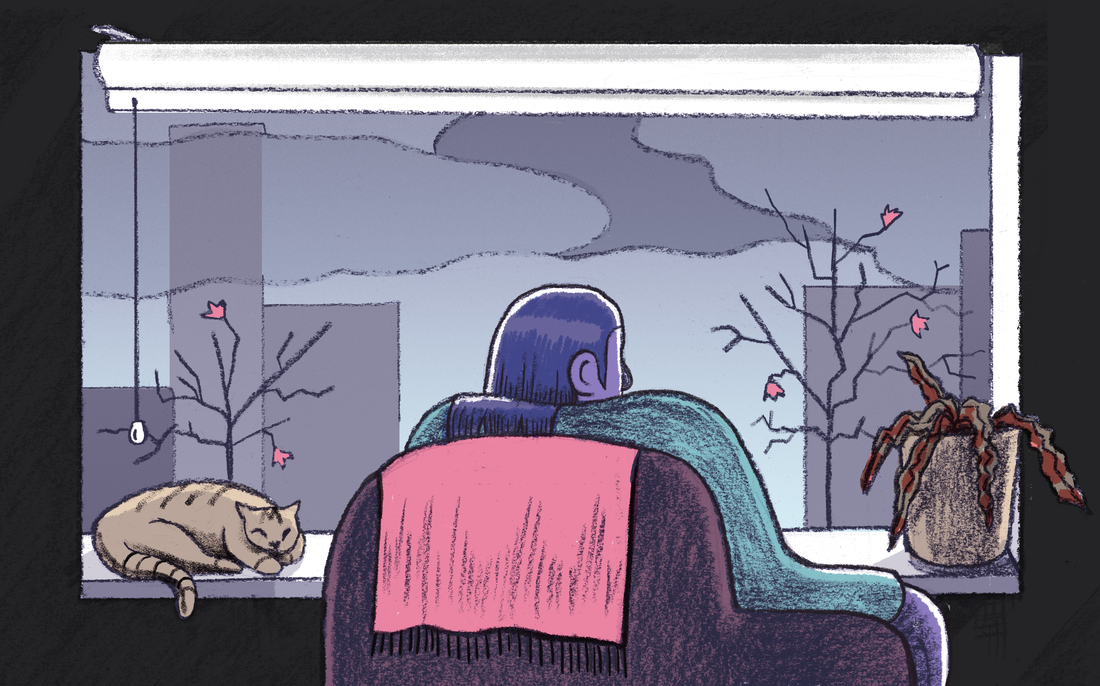 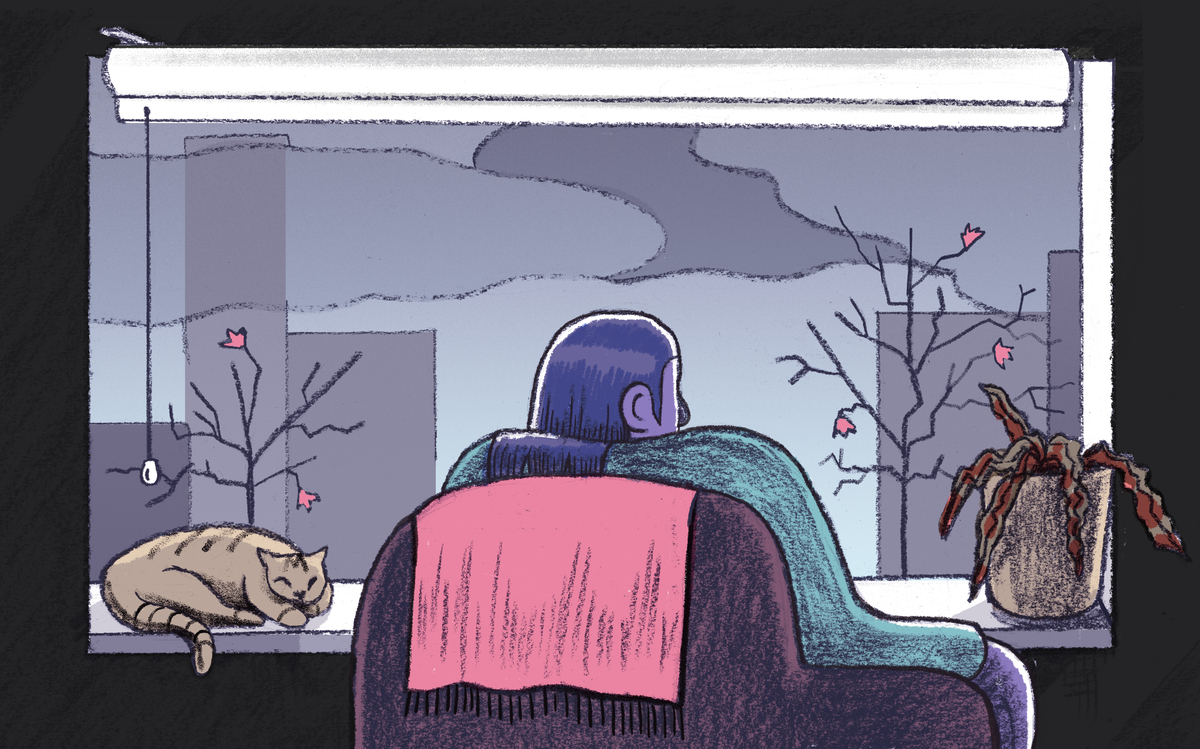 When Dr. Norman Rosenthal moved to the U.S. from South Africa, he felt less energetic during the harsh winters. He noticed that other people felt the same way. “Just like the autumn leaves, they became depressed on schedule,” says Rosenthal, a clinical professor of psychiatry at Georgetown University School of Medicine. “In spring, the condition reverses itself.” He studied the problem, published the first research on the syndrome and coined its name: seasonal affective disorder, or SAD.

Rosenthal found that about 1 in 20 people in the U.S. has SAD. If you have it, you may feel sluggish or depressed, oversleep, overeat, gain weight and be uninterested in doing things you previously enjoyed. Many more people have the winter blues, a milder version of SAD, where you feel like a sadder, sleepier or slower version of yourself.

One of Rosenthal’s patients described themselves as feeling like a bear in the winter and wanting to hibernate. “So if you feel any identification with a hibernating bear, you might well have SAD,” he says. Women are about four times more vulnerable than men, and the condition is more common in the Northern Hemisphere.

With winter just around the corner, here’s why you may feel this way — and simple ways to feel better.

When Maia was a teenager, she noticed that in the winter, she didn’t feel like herself. She says she was “just lying there for hours and hours, not knowing how to get out of bed and move or do anything.” The songwriter from California doesn’t use her last name to protect the privacy of her family. (She goes by mxmtoon, pronounced em-ex-em-toon, in her music.) It was hard for her to do basic things like eat a meal, drink water or even use the bathroom.

She tweeted about it. “I went on Twitter and I was like, am I crazy? Because I feel really sad right now.” Lots of people tweeted back, telling her to look into seasonal affective disorder. So she talked to her parents and friends and realized they all felt the same way.

Rosenthal says if you feel like things are getting more difficult every fall when it gets darker earlier, but you feel better in the bright days of spring and summer, you may well have SAD.

While some people don’t feel different at all when the seasons change, Rosenthal says others are quite disabled by it. People diagnosed with SAD, he says, are “people who would go to a doctor because the problem was bad enough.”

But, he says, recognizing your symptoms and taking them seriously are critical, because SAD can be debilitating or worse.

Light — and not getting enough of it — are at the heart of this disorder.

It turns out that a fundamental part of the physiology of this condition is that some people just need more light. One often recommended fix for this is a SAD lamp. Rosenthal says these lamps generate light that’s far more intense than indoor lighting — about 10,000 lux, a measurement of light.

This light is absorbed through the eyes, not the skin — but, he says, don’t stare at it. Rosenthal says he places it so that the light is shining down on him, just like it would if it were a sunny day. “That’s how we evolved to see light — with the heavens above and the sun shining down, so that it comes and hits the bottom part of our retina.” The morning is often the best time, and the earlier the better.

He says if you use the lamp for about 20 to 30 minutes a day, you should feel a difference within two weeks. If you don’t, return it.

Recent studies suggest that the value of preventive light therapy is inconclusive and that it’s really a patient’s preference whether to use it or not. But as a treatment for those who have seasonal affective disorder, SAD lamps have made a big difference.

Isabella Harris, known as Iz in the vlogging world, experiences SAD as “general fogginess and sleepiness.” Most people go about their day normally with indoor lighting, but for people with SAD, that indoor lighting is the equivalent of darkness. Iz bought a SAD lamp, and the result was astonishing. “If I come in feeling a bit foggy-headed, I’ll turn it on and it functions a lot like taking a walk outside, just like allowing my brain to wake up a little bit.”

She has used this SAD light for eight years. “And on the days that I don’t, I notice a significant difference in irritability and kind of just general hopelessness and energy levels,” she says.

Remember, even if you use a SAD lamp, make sure you are still trying to get as much natural light as possible. Go outside, even if you don’t feel like it, because even when it appears overcast, you are getting light from the sun. Remember that small things can make a difference, so trim any overgrowth around your windows and clean the panes.

3. Be thoughtful and consistent about what you eat.

Rosenthal says people with SAD have a tremendous appetite for carbohydrates. “They crave sweets and starches. And needless to say, that puts on weight, and they can’t always take it off in the summer, so every year they’re ratcheting up a little more, a little more, and it’s a real problem.”

Emily Manoogian, Ph.D., is a clinical researcher at the Salk Institute for Biological Studies. She says it’s not only what you eat and how much but, importantly, when.

” ‘Circadian’ is just Latin for ‘about a day.’ When we talk about circadian rhythms, it’s referring to these 24-hour rhythms that we have within our body and throughout biology,” she says.

Think of every cell and system in your body as having a tiny clock. And each of these tiny clocks is on approximately a 24-hour cycle, so a master clock in your brain coordinates and makes sure those tiny clocks work together. This “circadian system” essentially signals to your body what time of day it is and what time of year it is and helps match your behavior with your environment.

Manoogian says people with SAD usually have a sort of delay in their circadian rhythm. Manoogian says just like light, food is an important cue to your body. “If you are eating, your body thinks it should be awake.”

So what does this have to do with SAD?

She says when the days get shorter, eating or not eating is a good way to signal all those tiny clocks. “Being able to coordinate your internal clocks with your environment can kind of help ease any burden that changes in seasons might have,” she says.

Make sure to stop eating three hours before you go to sleep, so your body knows to rest. By just controlling the time that you eat and keeping it within a consistent 10- to 12-hour window, you’re giving your body a really strong cue to tell it the time of day, regardless of anything else that’s going on.

Like light or food, exercise is another environmental cue that helps signal to all those internal clocks what time it is. Manoogian says physical activity is a cue that says “wake up.” “Doing things like exercising during the active time of your day can actually help your body know kind of what time of day it is, coordinate using all that energy and stimulate the brain to be awake to the right time of day and then allow your body to really rest in the evening.”

She says controlling those external cues allows your body to really respond to the environment much better.

Rosenthal says when it’s cold and dark and you don’t feel energetic and aren’t active, it can turn into a vicious cycle. “You don’t feel like getting up in the morning, so you pull the covers over your head, so you get less light. So you feel more depressed, so you feel even less like getting up. Whereas if you force yourself to get up, then push yourself to do all these things, then you can feel much, much better,” he says. Try to push through.

He says if you didn’t have to do anything, the symptoms wouldn’t be as pronounced. “It’s when you’ve got things to do and you’re feeling down and not thinking straight and not feeling effective, that’s where you can really feel most depressed.”

Reduce stress as much as you can. You may want to see a therapist and talk through how you feel. You may want to try meditation. Rosenthal says the effects of practicing meditation on SAD haven’t been fully studied yet, but he believes it can help because meditation destresses you.

Be proactive about making pleasurable plans.

Maia says she doesn’t wait for occasions like a birthday or holidays to do something special anymore; she celebrates small things that bring her joy. “I try and make myself have things to look forward to, whether it’s like baking a pie on the weekend or drinking a cup of tea every single day. And that fuels me a little bit more and feeds me as a person when I’m not able to go outside and feel fed by the world.”

For Maia, an important form of self-care is songwriting. Writing about what she’s going through helps her process her feelings. She released a song called “Seasonal Depression” as mxmtoon.

She also accepts that for her, winter will never feel like summer. “I’ve also reminded myself that it’s just an indication that the year is passing by and that’s OK. Reminding yourself that everything is cyclical and it’s bad right now, but it will be good in the future.”

Rosenthal says a lot of people do really well following these simple tips. But if you don’t find yourself feeling better or if SAD is interfering with your personal relationships or work, he says, medication can also be very effective.

And keep in mind that none of this will make the disorder go away, but as Rosenthal puts it: “It’s not a cure, but … sometimes the SAD dies of neglect.”

The podcast portion of this episode was produced by Andee Tagle.

These two drinks can lower your risk of dying from a disease, claims a study

These two drinks can lower your risk of dying from a disease, claims a study