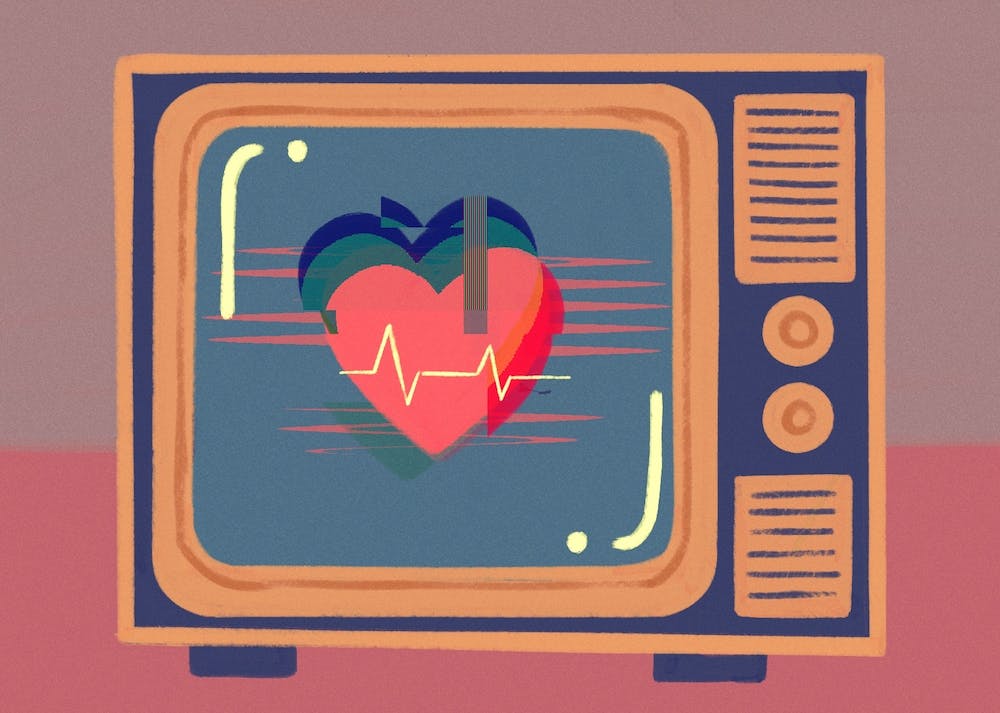 “Too much screen time can prevent a healthy diet or proper physical activity.” Illustration published on Wednesday, Oct. 28, 2020.

Individuals who spent more time using electronics were less likely to engage in healthy diet and physical activities, researchers from ASU’s College of Health Solutions found in a study published this summer.

In the study, which was conducted in 2019, doctors collected data from over 900 adult participants around the U.S. with a TV and at least one other device with a screen. The participants reported the quality of their health habits like food intake, sleeping patterns and stress levels in a survey.

Christopher Wharton, one of the lead researchers of the study and assistant dean of innovation and strategic initiatives at the College of Health Solutions, found heavy device users had the least healthful behaviors.

Matthew Buman, one of the researchers who assisted in the study and director and associate professor at the College of Health Solutions, said the results of the study were consistent with their hypotheses — heavy screen use across all types of technology would result in poor dietary behaviors including higher fast food consumption, lower sleep quality and less physical activity.

“Some of the more notable findings were really in that heavy user group, where we found that individuals are reporting less sleep,” Buman said. “This is suggesting that people are truly robbing their sleep for TV time. They’re really making that trade-off.”

Participants were grouped into three categories based on their screen time. Those who reported spending about five to eight hours per day using electronics were labeled as light users, about 10 to 12 hours per day as moderate users and about 15 to 21 hours per day as heavy users.

Participants then reported which devices they used out of the following: TVs, TV-connected devices, video game consoles, laptops, computers, smartphones and tablets.

The data suggested that depending on the type of device an individual used the most, their diet and health differed.

Maricarmen Vizcaino, a research specialist at the College of Health Solutions who co-designed the study, said these results may be caused by the sedentary nature of watching television. Streaming services contributed even more to the less healthy habits reported in the survey.

“The fact that you are using (your smartphone a lot) might be (because) you are active and using one of those physical activity apps,” Vizcaino said. “Whereas television is usually more associated with sedentary type of behavior, you have to be seated there in order to watch television … You can literally binge watch multiple episodes or finish an entire season over a weekend.”

I spoke with Christopher Wharton, Assistant Dean of Innovation and Strategic Initiatives at @ASU – he’s an expert when it comes to studying healthy behaviors.

He told me what steps YOU can take to stop spending unintentional time behind a screen. https://t.co/EUtaEZ3aqF

Although the study was conducted in 2019, Wharton said the findings may be applicable to working remotely and COVID-19 self-isolation suggestions.

As many people continue to work and study from home, screen time may have become less voluntary and more necessary to some people’s daily routines. Wharton said monitoring screen usage is most important when people decide how to spend their free time as it may lead to better health habits.

Wharton suggests replacing activities such as watching TV-connected devices like Roku and using smartphones before bed with healthier activities that do not involve using electronics.

“Those are the places where we probably have a great opportunity to do good things for our health,” Wharton said.

Wharton said to use the COVID-19 restrictions as an opportunity to “simply step back and reevaluate” how heavy screen use affects health choices and ways people can improve their daily routines.

“Our jobs are baked into our lives, we can’t not work,” Wharton said. “But it’s an opportunity to almost think philosophically about your time use; where you have flexible time and how you allocate it right now.”

Weight loss: Why is it difficult to shed kilos for the second time

Weight loss: Why is it difficult to shed kilos for the second time