Prince Rupert residents are already pretty familiar with a a deer named Hammy who gained a measure of local renown by virtue of a hammock on his antlered head.

But alas, fame is fleeting. Now, there’s a new wildlife darling in town.

Alternately nicknamed “Bally” or “Ballsy,” this deer has a pink yoga ball stuck between his horns.

The animal has become a sensation in the northwestern B.C. city after images were posted on “Chronicles of Hammy the Deer,” a Facebook page dedicated to a fellow ungulate who became well known to the local community three years ago by virtue of the purple fabric accidentally attached to his head.

On Sunday, Terrace, B.C.’s  Kayla Vickers took and shared photos of Bally who she spotted in the backyard of her boyfriend’s family home in eastern Prince Rupert.

Watch | Bally appears unperturbed by the large yoga ball on his head: 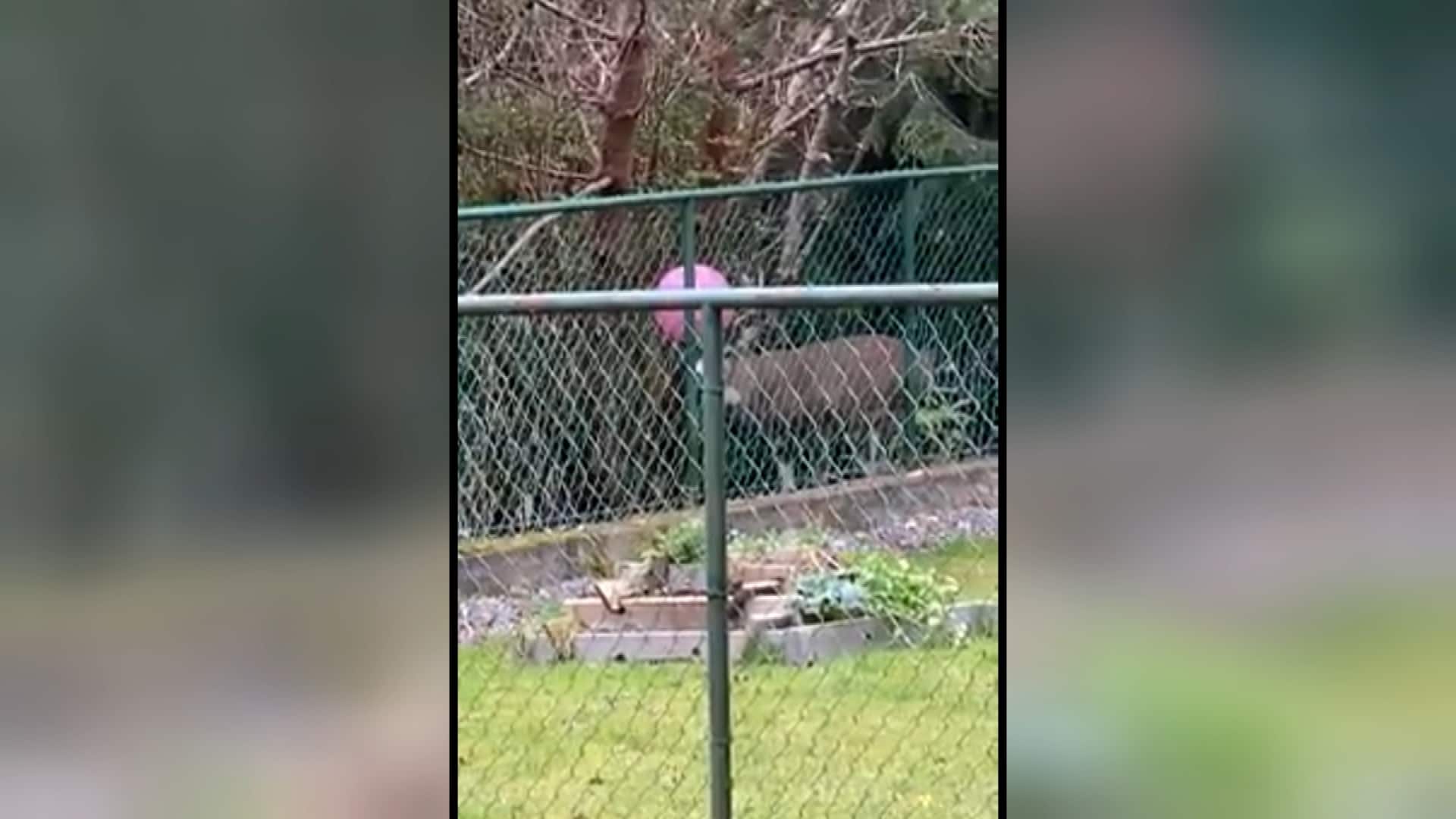 Kayla Vickers of Prince Rupert, B.C. noticed a deer with a bright pink exercise ball stuck between its antlers in her backyard. 0:15

“He [my boyfriend] just happened to let his dad’s dog out, and so he called inside to the house and said, ‘Hey! Come look at this!'” she said.

“I was just really shocked, and I was surprised that the ball didn’t pop.”

The couple was about five to six feet away from Bally. Vickers says even with the fences in between, the deer was slightly startled and backed off when he noticed himself being the focus of attention.

Bally soon left the backyard. Having no clue where the yoga ball comes from, Vickers called the Conservation Officer Service for help.

“I was worried because he [Bally] was having a hard time getting around one of the trees,” she said. “I didn’t know if it [the yoga ball] was uncomfortable for him.”

The B.C. Ministry of Environment says the ball poses no risk to the deer.

Perhaps Vickers doesn’t have to worry too much about Bally’s welfare. In 2017, Conservation Officer Sgt. Tracy Walbauer said Hammy, Prince Rupert’s originally famous deer, seemed to be feeding well and socializing fine with other deer even with the foreign object dangling on the right antler.

Despite her concern for Bally, Vickers shared his photos on social media to cheer people up amid COVID-19.

“I just thought … I’d give some people a nice little chuckle over this,” she said.

Ask the expert: How can I help keep my partner comfortable during pregnancy?

Ask the expert: How can I help keep my partner comfortable during pregnancy?