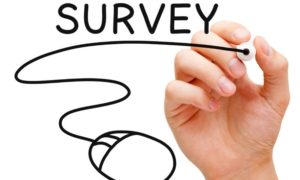 Almost half of people say COVID-19 has contributed to feelings of depression, anxiety and a lack of confidence, according to the results of a new survey carried out by Behaviour & Attitudes for the Irish Pharmaceutical Healthcare Association (IPHA) and and Irish Pharmacy Union (IPU).

The survey results, released to coincide with an IPHA Digital ThinkIn Series event tomorrow, (Tuesday), show the pandemic has negatively impacted people’s health, with 47% citing depression, anxiety and a lack of confidence to describe how they feel.

Over two-fifths of people, or 44%, said the pandemic caused them to gain weight, to overeat or to stop exercising, while almost a quarter, or 24%, missed a hospital appointment.

Just 2% said they contracted the virus.

Fears for their jobs and income security drove anxiety in 25% of people while 14% said they drank too much during the pandemic.

Women and people aged between 25 and 34 were most likely to worry about COVID-19. When asked whether they feel in control of their mental health and emotions, 34% of men said they did. For women, that figure was 21%.

Among 25 to 34-year-olds, 12% said they worry a lot and these feelings were more prevalent among women than men. Twice as many young people feel less in control of their emotions compared to the same time last year, according to the survey.

However, COVID-19 has prompted health benefits too, with 29% saying they are exercising more and 21% saying they are getting more sleep. Having time to meet family and friends and experiencing less work-related stress were cited by 35% of people.

The survey shows the importance of pharmacy as a central pillar of healthcare in the community, with nearly one-third of people, or 30%, saying the pharmacist has become more important to them during the pandemic. Almost one in five, or 19%, attended a virtual clinic while 20% consulted their pharmacist. Monthly visits to the pharmacy rose by one-third since COVID-19 began.

Chair of IPHA’s Consumer Healthcare Division and Country Manager at Perrigo John Sheehy said the survey was an important snapshot of the public’s mood and behaviours during the pandemic.

He said: “COVID-19 has been hard on everyone, especially those who have lost people close to them or who contracted the virus. This survey shows the toll on people’s mental wellbeing has been heavy, causing feelings of depression and anxiety at a time of uncertainty for everyone. There are upsides too, with people spending more time exercising and with their families. We hope the survey can help inform policy decision-making, especially when it comes to assessing the public’s response to measures needed to control the spread of the virus. All of us want to navigate our way through this emergency and, hopefully, emerge the far side more resilient and closer as a community.”

Secretary General of the IPU Darragh O’Loughlin said: COVID-19 has demonstrated the pivotal role of pharmacies on the frontline of the response to the pandemic.

“The survey confirms that interactions between members of the public and pharmacists have increased substantially since the beginning of the pandemic, highlighting the essential role that pharmacists play in delivering healthcare in their communities. When many other healthcare services were shutting down and scaling back, pharmacies stepped up and took on significant extra responsibility and workload to ensure that essential healthcare services and face-to-face advice and care were maintained in communities across the country. The role of the pharmacist has become much more central during COVID-19 and this survey demonstrates that there is a huge public appetite for pharmacy-based services including repeat prescriptions and treating minor ailments.”