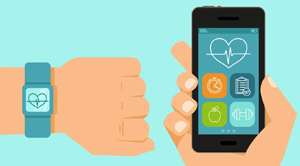 The demand for medical monitoring devices and wearable technologies is increasing among consumers due to their increasing interest in monitoring their health.

FREMONT, CA: The wearable fitness technologies have intertwined itself into society due to which wearables like smartwatches have become mainstream. It is estimated that the demand for such wearable devices will increase more because most of the consumers prefer to wear fitness technology.

In the last few years, the demand for wearable technologies has tripled due to the increasing demand of consumers because they are more interested in utilizing wearable technology for monitoring their health. The rising demand for wearables has also increased the market’s growth due to which the insurers and companies are witnessing the benefits of supplying wearables health technology to the consumers and employees.

What is wearable healthcare technology?

The wearable technologies in the healthcare sector consist of electronic devices that the customers can wear, such as smartwatches and fitness trackers. They are designed for gathering the data related to the user’s health.

The development of wearable technologies and rising demand among consumers to take care of their health has influenced the medical sector and providers, technology organizations, and insurers. They are motivated to develop more wearable devices like wearable monitors, fitness trackers, and smartwatches.

The simplest and original form of wearable technology is wearable fitness trackers. These trackers are wristbands with sensors in it, which can track the users’ physical activity and heart rate. These wristbands also offer users with health and fitness advice by syncing with several smartphone apps. The users are also attracted to the trackers’ sleek look and their ability to track every step throughout the day.

Once watches were utilized only to count steps and observe time, the smartwatches have changed it into a clinically available healthcare tool. The smartwatches help the users to perform the tasks which are generally done through phones like send messages, make phone calls, and read notifications. It also helps to provide a few exercise and health tracking advantages like fitness trackers.

The wearable ECG monitors are the highly advanced consumer electronics, and it is different from smartwatches due to their capability of measuring electrocardiograms or ECGs. The Move ECG can measure electrocardiograms and even send accurate readings to the doctor. The monitor can also detect atrial fibrillation.