One of my favorite laptops to review every year is the Lenovo ThinkPad X1 Yoga. I’ve actually written five reviews of six units, and there have only been four previous generations. Some of my favorites were the second-gen model with its OLED display, and the third-gen model with Dolby Vision; it was also the last to offer the Lift and Lock keyboard.

I didn’t push too hard for this year’s model, the Gen 5, because not much has changed. Lenovo refreshed the Gen 4 with Intel Comet Lake processors last summer, so the biggest change with Gen 5 is the availability of Comet Lake vPro processors. Also, reviewers didn’t get to check out the Comet Lake Gen 4 models, since those were announced just a few days after the Whiskey Lake models were sent to us.

While not much has changed, that’s pretty much OK. This is still one of the best convertibles on the market, a premium machine that you can always count on. It has one of the best keyboards, a beautiful screen, and a solid aluminum build.

Note that the regular price is $3,511, but ThinkPads are never regular price. They’re always discounted in some way or another, and the unit that Lenovo sent me is $2,106.60 as configured.

As far as design goes, the chassis hasn’t changed since last year at all. In fact, last year debuted the first aluminum model, marking a major change in direction. It’s clear that Lenovo takes very few risks with its ThinkPads at all, usually sticking to black colors and steering clear of metal chasses. This one is Iron Gray though, and it looks quite nice. 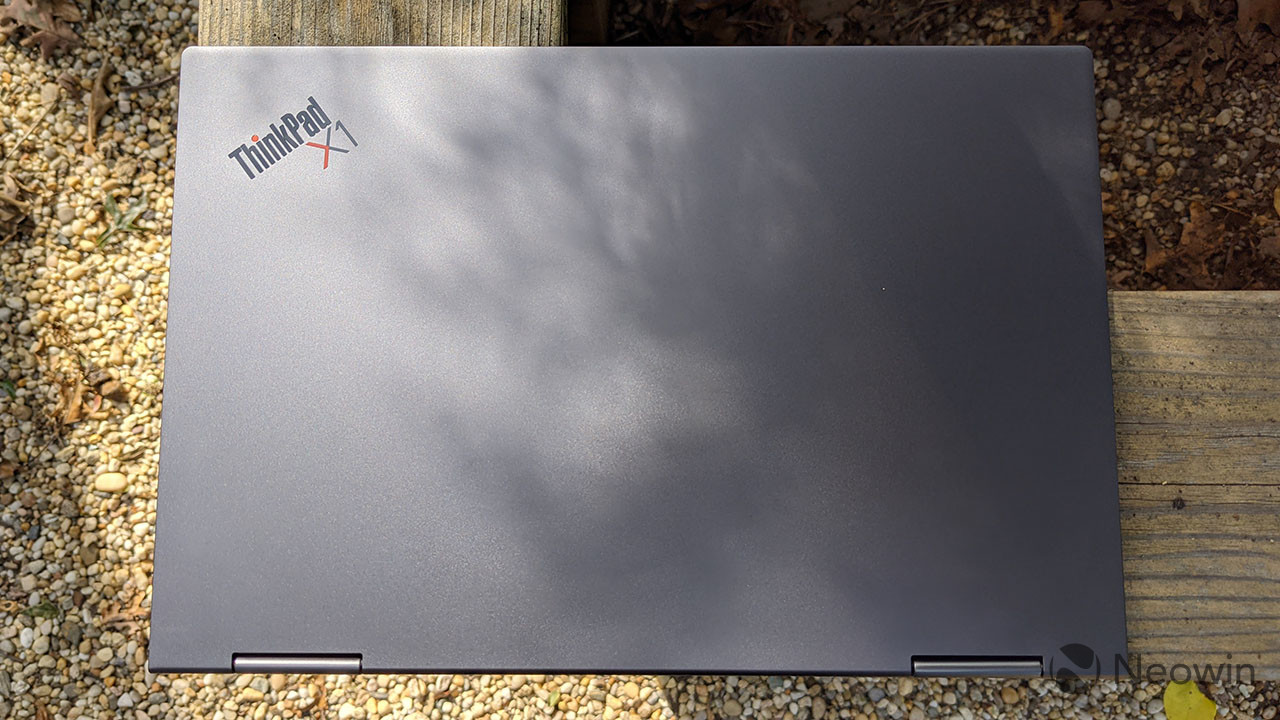 Exactly one thing changed about the design. For the second year in a row, there’s new branding. The Gen 4 debuted a new black ThinkPad logo and a new X1 logo. Now, those two are being combined into a ThinkPad X1 logo that sits in the corner. It’s literally the only way you can tell the Gen 5 from the Gen 4.

Lenovo does a great job with its aluminum business PCs, as they look clean and sophisticated, while remaining stylish. I noticed this when it debuted ThinkBook, its sort of anti-ThinkPad where it can try new things. 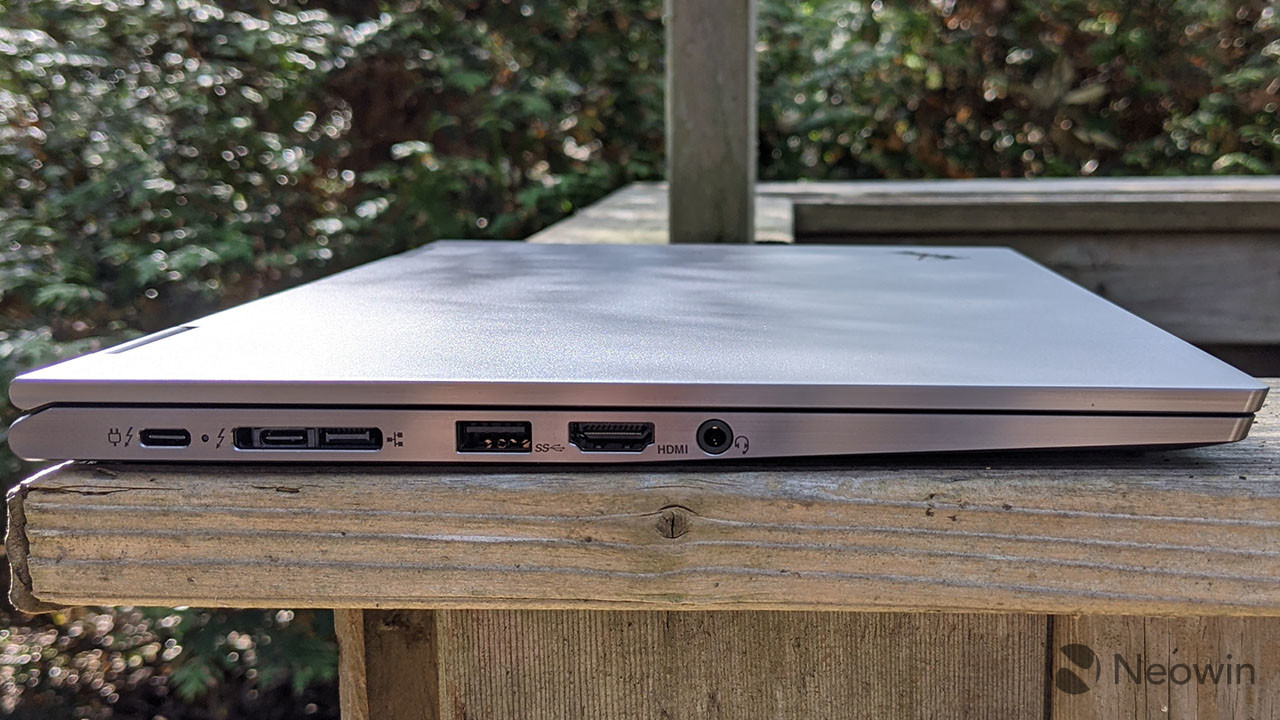 Another thing that hasn’t changed is the selection of ports. There are two Thunderbolt 3 ports, either of which can be used to charge, power dual 4K displays, and so on. And yes, these are full Thunderbolt 3 ports, as many devices only use the base spec, which supports one 4K monitor.

Next to one of the USB Type-C ports is an Ethernet connector, which is really meant to be used with Lenovo’s mechanical docks. Also on the left side is an HDMI 1.4 port, USB 3.2 Gen 1 Type-A, and a 3.5mm audio jack. The ports seem dated though, with an HDMI standard that doesn’t support proper 4K (at 60Hz) and a USB port that supports 5Gbps, something that I’m getting tired of seeing in premium PCs. I assume that this will change next year, and that it wasn’t done this year because this is mostly a spec bump. 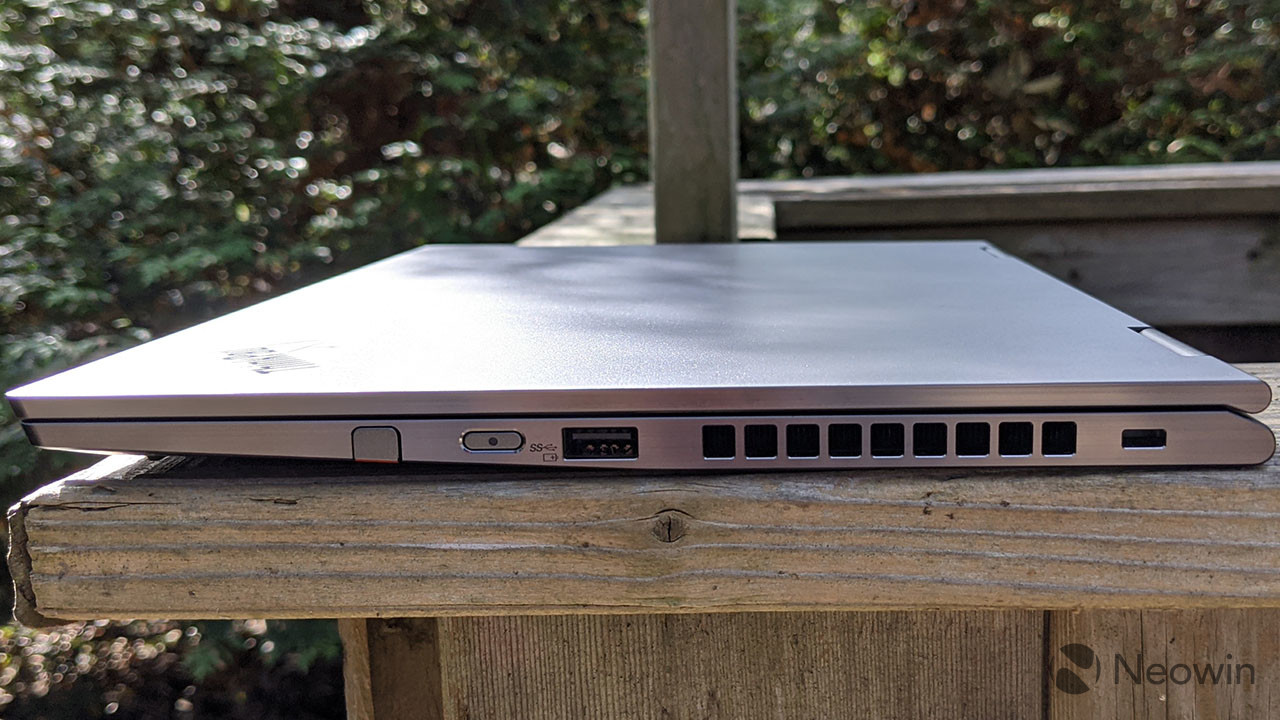 On the right side, there’s another USB 3.2 Gen 1 Type-A port, along with a power button. And of course, there’s a pen garage, a staple of the product that’s been there since the beginning. 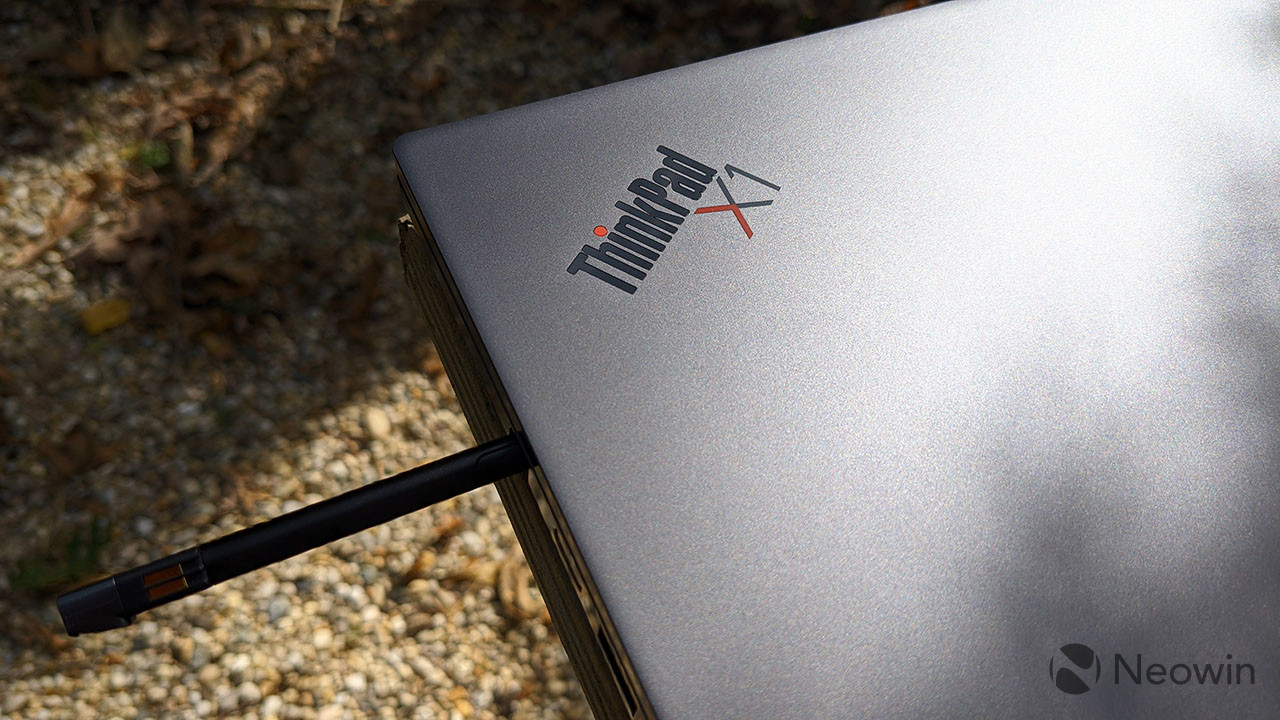 The pen garage is my favorite feature of the ThinkPad X1 Yoga that Lenovo hasn’t killed yet. If we were talking about features of all time, we’d be talking about the QHD OLED display that disappeared in Gen 3 and the Lift and Lock keyboard that disappeared in Gen 4, but I digress. A built in pen means that it’s not getting in the way like it would if it was magnetically attached to the side, it’s always charged, and it’s always with you when you need it.

As always, this PC comes with a 14-inch display, and there are several configurations, none of which are QHD OLED. The newest is a Full HD panel with Privacy Guard, Lenovo’s privacy screen that keeps people from looking over your shoulder. It’s not on the config that the company sent me; in fact, Lenovo has never offered me a Privacy Guard display on a review unit, so I really can’t vouch for it. HP has sent me several of its variants of Sure View display, and that’s quite good, but there’s a lot that goes into a good privacy display. 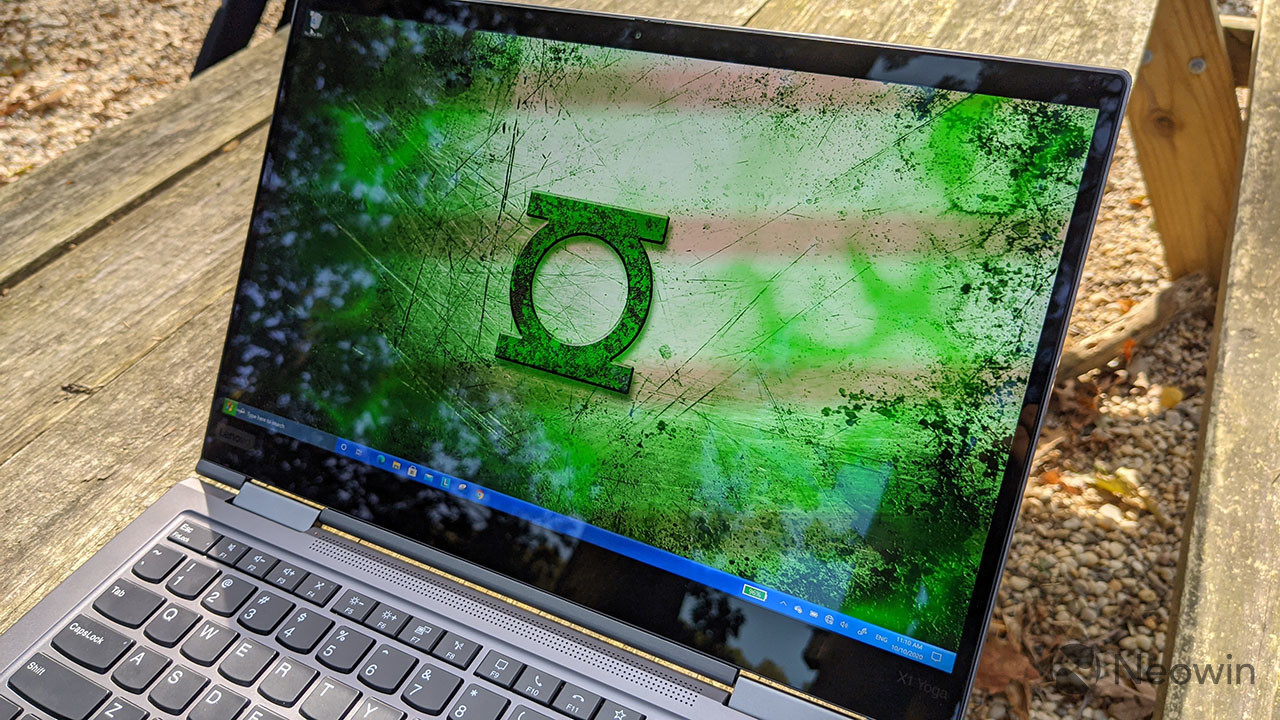 The other three options are FHD at 400 nits, QHD at 300 nits, and UHD at 500 nits with Dolby Vision HDR support. The one that Lenovo sent me is the UHD model. It always asks which one I prefer, and the answer doesn’t change. I like pretty displays. Lenovo actually usually ends up sending me an FHD model as well, just for the better battery life, but I don’t expect that that’s coming this year, being such a minor refresh. 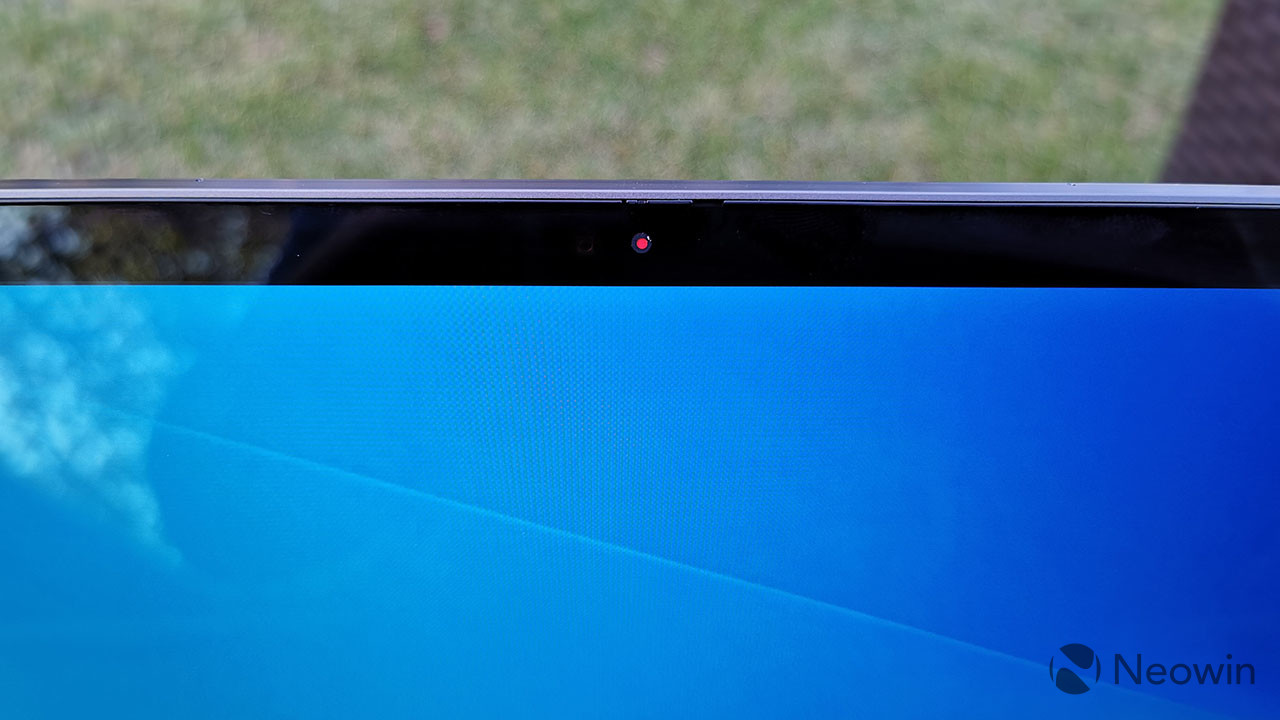 If you’ve been following along so far, then you know the bezels haven’t changed at all, given that the footprint and display are the same size. The top bezel packs a webcam, an IR camera, and a ThinkShutter privacy guard, so you don’t have to worry about putting tape over it. 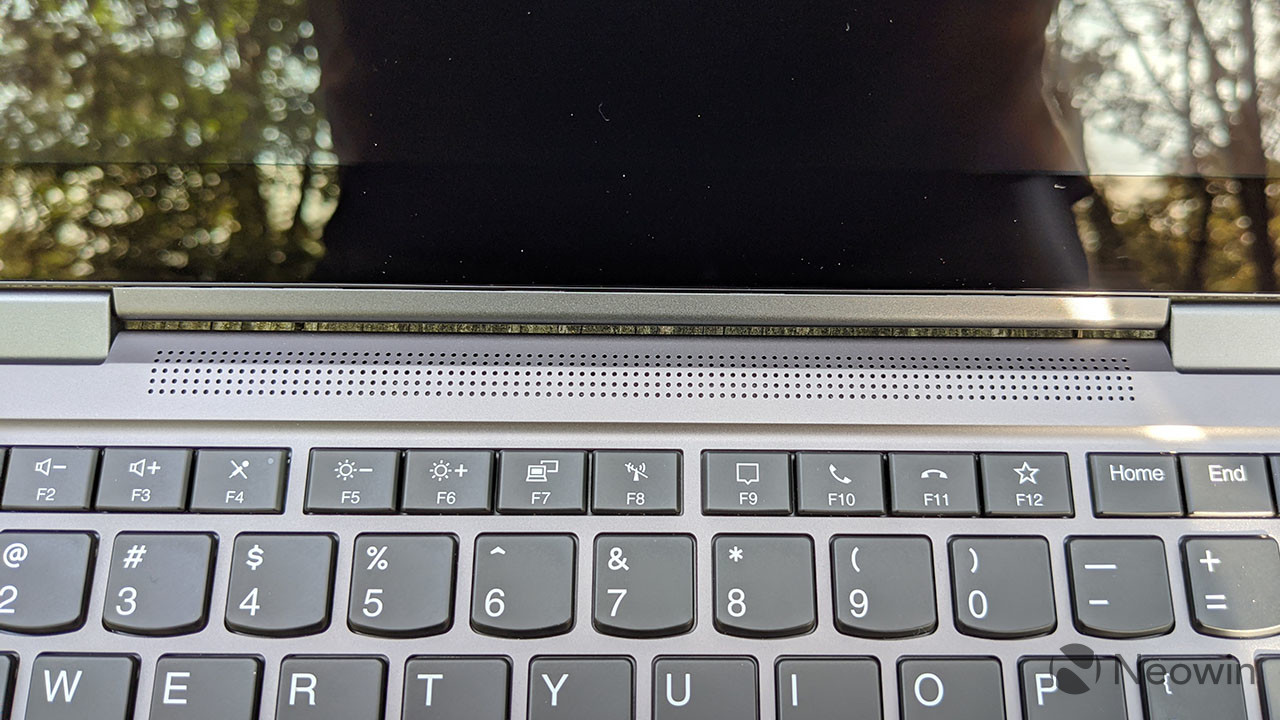 Right above the keyboard are two up-firing speakers that are part of the Dolby Atmos audio system, which is frankly excellent. There are also two woofers on the bottom of the device, for great all-around sound. It’s crystal clear and it gets loud too. I always like to think of just how bad the ThinkPad X1 Yoga Gen 2 – the first X1 Yoga that I reviewed and possibly my favorite all-time PC – was in terms of audio and how far it’s come.

One day I’m just going to accept that the Lift and Lock keyboard is gone. That day is not today. If you’re unfamiliar, Lift and Lock was a frankly brilliant innovation of Lenovo’s that made the keys retract into the keyboard when you folded the display back and used it as a tablet. It made it super comfortable to use. But obviously, there was a lot of mechanics that went into that, and that takes up space. When Lenovo shrunk the footprint with last year’s model, it was time for my favorite feature of any convertible laptop ever to go away. 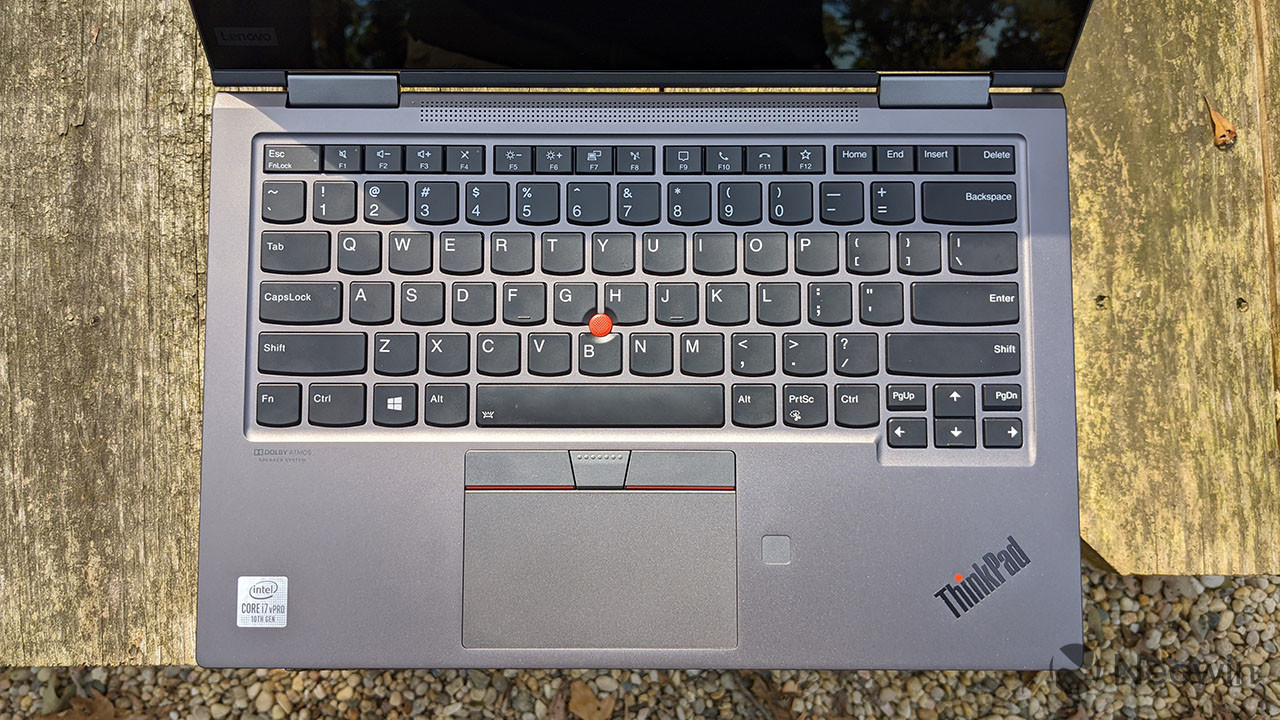 Now that I’ve got that over with, this is one of the best keyboards around. ThinkPads keyboards are the Cadillacs of keyboards; that’s pretty well-known. They’re accurate, they’re comfortable, and you can count on them. 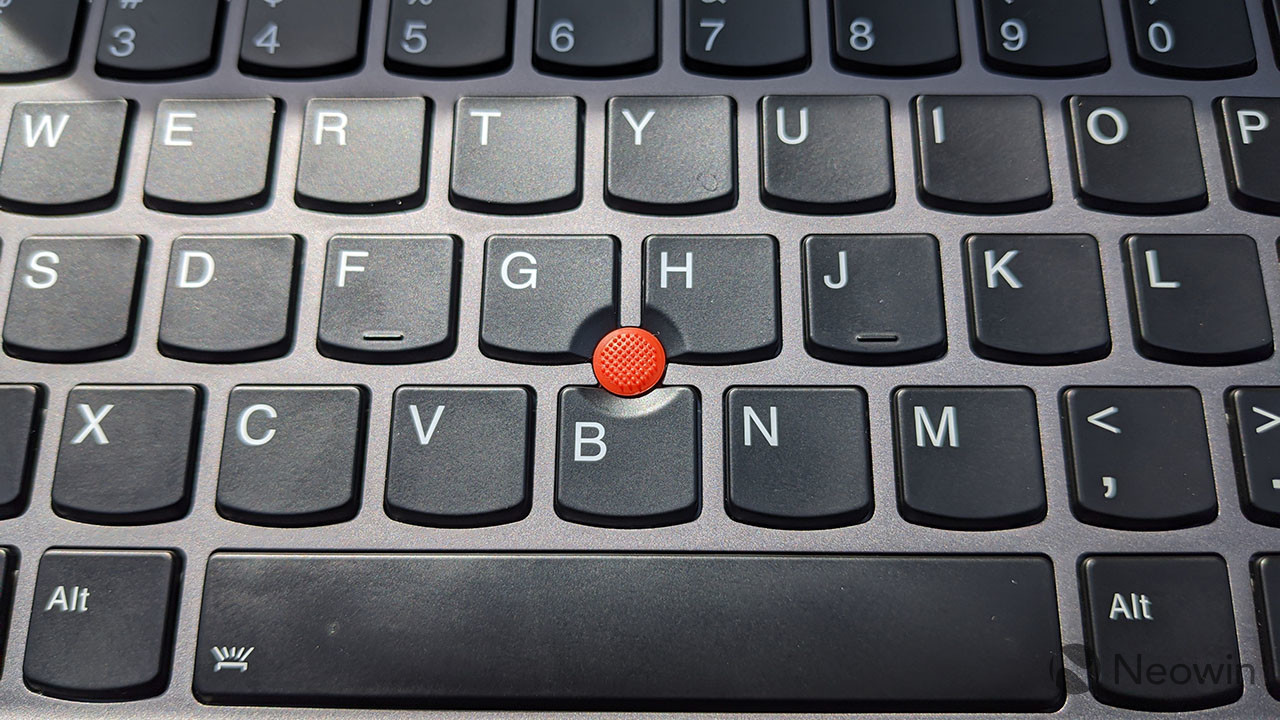 Obviously, they also include the TrackPoint, a relic from an age when trackpads on Windows PCs were terrible. Some people still love the TrackPoint though, and it’s a trademark of ThinkPads. Yes, all ThinkPads have one of these little red nubs. I’ve tried to get used to it, but frankly, it’s easy enough to ignore. If you really can’t stand it, I’d urge you to check out Lenovo’s ThinkBook lineup, which sheds a lot of these legacy parts. 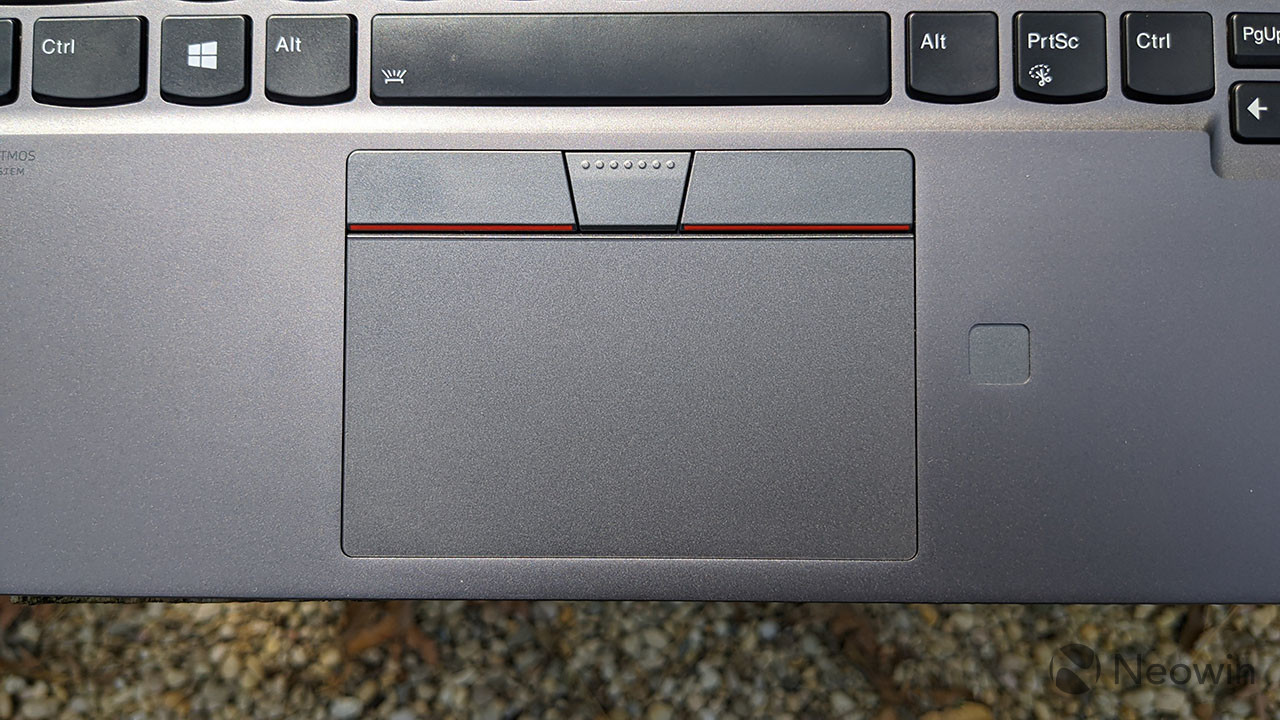 The truth is that we don’t need TrackPoints anymore because we have good trackpads now. Yes, I’m talking about Microsoft Precision trackpads. I do love the physical buttons though, and you can bet that if the TrackPoint went away, the buttons would too.

The model that Lenovo sent me for review includes an Intel Core i7-10610U, a quad-core CPU with eight threads and a 15W TDP. It’s the vPro variant of the Core i7-10510U. Interestingly, this is the highest-end CPU that’s available on Lenovo’s website right now, so you can’t get the hexa-core Core i7-10710U or the vPro Core i7-10810U. 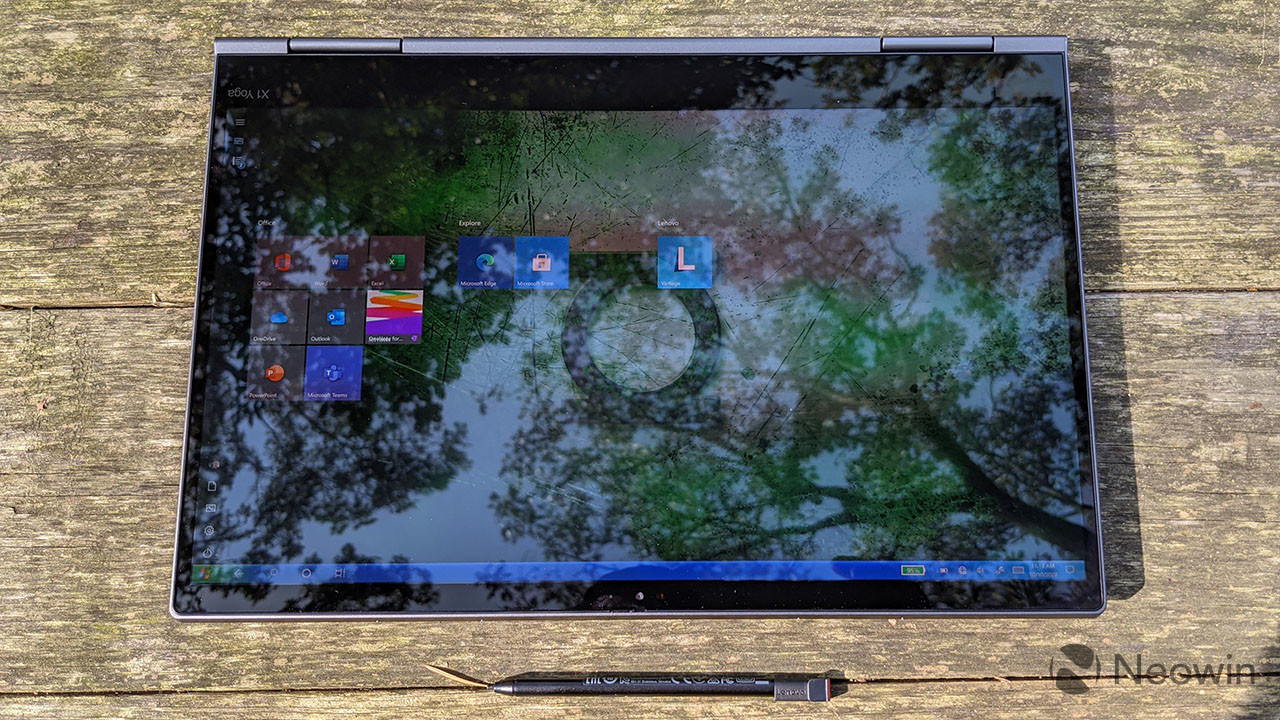 Performance is fine, and it’s better than previous generations, obviously. Comet Lake is the only version of Intel’s 10th-gen processors that comes with a vPro variant, so the 10nm Ice Lake is out of the question. One thing about Ice Lake, however, is that it has Iris Plus Graphics, so the CPU power is here with Comet Lake, but the graphics power really isn’t. You can use it for some light Photoshop or something, but I wouldn’t go too much further. This is a productivity machine.

For battery life, I got about five hours doing regular with with the battery slider at one notch above battery saver and brightness at 50%. To be clear, this would probably double if you got the FHD model, and that’s why FHD models exist. They have a quarter of the pixels and can save a lot of power. QHD is a nice balance between the resolution of UHD and the power efficiency of FHD, but ever since Lenovo introduced UHD, it really hasn’t been using premium QHD panels.

For benchmarks, I used PCMark 8 and PCMark 10.

As you can see, the hexa-core Comet Lake Core i7 and the Ice Lake Core i7 both outperform the Core i7-10610U. And of course, AMD Ryzen 4000 blows away anything that Intel has in the 10th generation.

The Lenovo ThinkPad X1 Yoga is a winner for the same reason that it’s always been a winner. It’s a well-built machine that passes a dozen MIL-STD-810G tests, and it’s reliable. It has one of the best keyboards around, excellent Dolby Atmos speakers, and a pretty display. 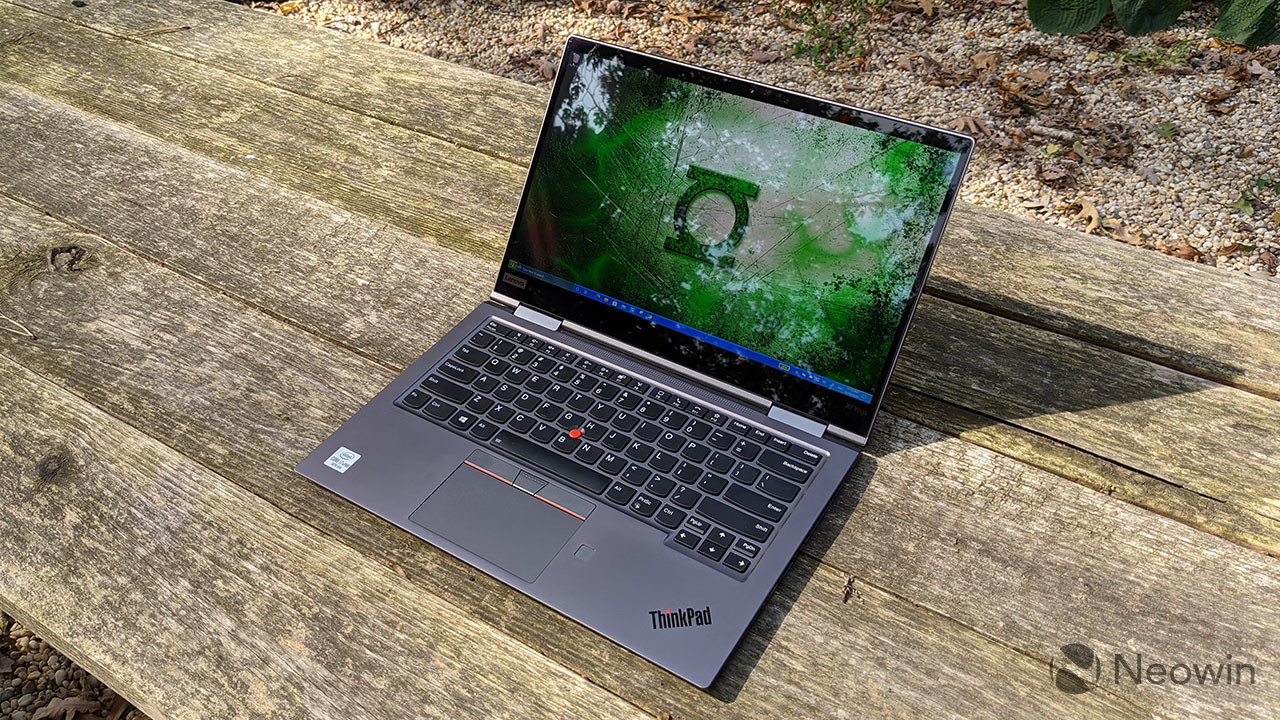 It’s not a winner for any new reasons because very little has changed. The bezels aren’t any smaller than they were last year, it’s still 2.99 pounds, and so on. And of course, I’m mad that there’s no QHD OLED option and no Lift and Lock keyboard.

It’s not necessarily a bad thing that the design hasn’t changed, and that the bezels haven’t shrunk at all. This is a business PC, and for businesses, everything about the ThinkPad X1 Yoga is more practical than anything else. It’s the best at what it does, which is providing a premium, reliable computing experience.

If you want to check it out on Lenovo.com, you can find it here.

How Narcissists Use Positivity to Manipulate Their Partners