Adapting to migrate, migrating to survive


by Nicholas Galea, Head of the BirdLife Malta Ringing Scheme

Migration is a widespread behaviour in birds living in environments affected by seasons and fluctuating food sources. Looking at it from an evolution point of view, the primary aim of migration is that of helping birds survive from one breeding season to the next. As with most other aspects in biology, evolution brought about several adaptations in migratory birds, especially evident in long-distant migrants, to help in this incredible feat of crossing from the northern hemisphere to the southern hemisphere and back each year.

Malta lies in the middle of the Mediterranean Sea, an ecological barrier in itself anticipating a possibly bigger obstacle, that of the Sahara Desert. Here, through birdwatching and bird ringing we have the opportunity to observe the different adaptations and strategies adopted by these birds along their journeys.

Not all birds migrate and not all birds migrate the same distances. Birds that do not migrate are called resident birds. One big question is why some birds breeding in the same location are residents whilst others are migrants. Evolutionary speaking, which technique is most advantageous, being a migrant or being a resident bird? Did migrant birds evolve from resident birds (resident birds started migrating), or is it the other way round (migrant birds settled in as residents)? And are short-distance migrants transitioning from long-distance migrants to residents or residents transitioning to long-distance migrants? These questions are not easy to answer and since evolution takes millions of years we can only speculate and look at examples.

One example is the European Bee-eater, the only abundant representative of the bee-eater family in the norther hemisphere. It is a long distant migrant that fills the Maltese skies with its beautiful colour and bubbly sound in September on its way south. Looking at other bee-eater species that are resident in Africa, it feels like we borrow the exotic looking European Bee-eater from Africa for a few months during migration and breeding seasons. So, what advantage does migration bring to the bee-eater?

The main advantage is that migration allows the European Bee-eater to inhabit and exploit breeding grounds in Europe where competition for adequate breeding habitat and food with other bee-eater species does not exist. Furthermore, longer days in the northern hemisphere means longer time to find food for the young and therefore allows for generally bigger clutches for birds breeding in the northern hemisphere when compared to those breeding closer to the equator where the length of the day is typically 12 hours.

Day-length is in fact one of the main triggers of bird migration in autumn. Studies have shown that when days start getting shorter, hormones are released in migrant birds’ bodies making them become hungrier and feeling less full when feeding. This causes the bird to gain weight, literally becoming obese, and to store the extra fat deposits under its skin. This extra fat is very important to act as fuel for long journeys on the wing. Extra muscle is also built to help put more power in wing-beats during migration.

Malta is an important migration stopover, especially for small and medium-sized birds (passerines and near-passerines), that basically acts as a re-fueling station in the centre of the Mediterranean. Through measurements taken through bird ringing, primarily weight and extent of fat deposits, we can assess a bird’s condition during migration. Birds caught after windy or stormy nights are low in weight and fat deposits indicating that the bird used a lot of energy from its last refueling site to get to Malta. Through daily, constant ringing effort projects, such as ringing done in BirdLife Malta’s nature reserves, such birds can be caught multiple times during their short stay in Malta and their body condition is often seen to improve, i.e. weight increases and fat deposits increase until the birds are not caught again indicating that they reached optimum condition to continue their journey.

The condition of feathers is another determining factor in the success of migration and can be studied through bird ringing. Feathers get worn by time through abrasion with vegetation, entering and exiting nest cavities and sunlight. This affects how aerodynamic they are as well as becoming less insulating. Because of this, birds replace their feathers periodically through a process called moult. Moulting takes time, consumes energy and causes birds to have “gaps” in their wings and must therefore be timed to increase the chance of a successful migration and not hinder it. There are two main moulting patterns often adopted by migrating birds, that of moulting immediately after the breeding season (before autumn migration) or that of moulting after autumn migration. Longer distance migrants often perform post-migration moult because they are often in a hurry and have less time to be “disabled” by moult. The difference between moulted vs unmoulted feathers is often very evident and therefore allows a trained ringer to determine the age of a bird. This is important to quantify the amount of young birds vs that of adult birds migrating. In autumn migration, younger birds are most abundant because for every pair of adult birds that bred successfully in spring there are potentially four or eight young offsprings on their first migration south.

Apart from temporary body changes prior to and during migration, natural selection in migrating birds has also favoured a number of permanent morphological (size, shape and structure) adaptations. The most important morphological adaptation is that of migrant birds having longer and more pointed wings than resident birds. Longer and narrower wings reduce air resistance when flapping and therefore results in achieving a greater lift and reducing energy consumption during long flights. This is evident in many species migrating through Malta. One example is the Willow Warbler and the Chiffchaff, two very similar species both in habitat preference, diet and appearance but whilst the former winters in tropical Africa, the latter winters in the Mediterranean. Because of this, the Willow Warbler has evolved longer wings (the average wing length of a Chiffchaff is often less than 60 mm whilst that of a Willow Warbler is often longer than 65 mm). Tails, on the other hand, are often shorter and more squarish in migrating birds and have evolved more into a steering tool rather than a decorative ornament like in many exotic bird species with spectacular colourful long tails.

Combined with physical adaptations, there are also a number of behavioural and cognitive ones that birds adopt to further perfect the art of migration. We often see birds migrate in flocks of different shapes and sizes. It is common to see large birds migrating in line or V formations in a bid to share and reduce the effect of air resistance on each bird. This is common in flocks of herons, flamingos, cranes, ibises, etc. Migrating in groups also helps young, inexperienced birds migrating for the first time to learn from experienced adult birds. Furthermore, in small birds, the added weight and fat acquired during migration often makes birds “slower” when it comes to dashing away from predators and therefore feeding and resting in flocks helps by having more eyes on the lookout for predators.

The ability to choose safer and more advantageous routes is an important adaptation more evident in larger, soaring birds. These birds rely on pockets of rising hot air, known as thermals, to gain height without using energy to flap and glide from one thermal to another. Such a phenomenon is only available on land since the sea is often cooler than the air above it. Because of this, soaring birds such as raptors and storks often avoid crossing large distances of open sea and often take longer routes to reduce sea-crossing to a minimum by using the Straits of Gibraltar in the west or the Bosphorus channel in the east. Smaller birds that must flap for most of their flights are often less choosy of routes but have also adapted by flying longer distances at night to take advantage of cooler temperatures and avoid most predators. The study of bird migration strategies and routes is now making giant leaps with satellite-tracking devices becoming smaller, more accurate and cheaper.

The ability to judge weather conditions is an important skill for all migrating birds. On days (or nights) with clear skies and calm winds migration conditions are so good for birds that they often do not stop in Malta and keep heading south. On the other hand, days with overcast weather, looming rain or strong winds cause birds to seek shelter and the increase of resting birds is often very evident on such days in Malta. Migrating in strong winds causes birds to waste a lot of energy and in some cases birds are also blown off their course. Migrating in rain is very dangerous as wet feathers become heavy and hinder flight.

Finally, the most mysterious aspect of migration is the ability of birds to navigate and find their way literally across the globe. The ability of young birds to find their way south and back to their breeding grounds without no previous experience and unaccompanied indicates that part of this ability is inherited genetically. On the other hand, experience and learning does play a big part and vagrancy, the appearance of birds way off their normal range, often happens by inexperienced young birds migrating for the first time in autumn.

The use of topography and landmarks by birds migrating during the day is also important. Additionally, solar orientation is also employed by birds and studies have also shown that nocturnal migrants that are deprived from observing the direction of the setting sun struggle to find their way. Navigation during nocturnal migration is a more challenging phenomenon to study. It is believed that birds use stellar navigation at night and recent studies have also shown that birds have pigments in their eyes that help them “see” the earth’s electro-magnetic field. It is important for birds to use all possible receptors for navigation since not all sources of navigation information are available at the same time, for example a cloudy sky would cut off the possibility of using stars for orientation.

Bird migration can be a spectacle to behold

The thrill of autumn bird migration 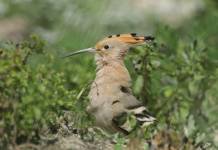 This year BirdLife Malta has launched its #onthemove campaign to showcase the beauty of the autumn bird migration spectacle. The campaign aims to inspire people to enjoy, care and protect Malta’s birds during the autumn migration. Visit the website to learn more about the campaign.

Members of the public are also being encouraged to log their bird sightings in a form which has been purposely created for this campaign here.

How to Lose Fat Without Losing Muscle, According to Experts