Why We Need Indigenous Midwives 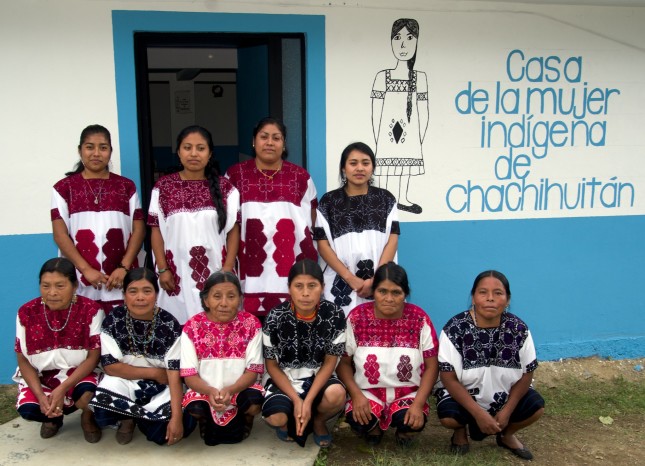 The World Health Organization (WHO) has designated 2020 as The Year of the Nurse and the Midwife. In celebration, the Maternal Health Initiative is publishing a series of articles to recognize the importance of these two professions towards improving maternal and women’s health outcomes and to illuminate the impact made by both nurses and midwives the world over.

“We need more Indigenous midwives,” said Claire Dion Fletcher, an Indigenous Potawatomi-Lenape Registered Midwife and co-chair of the National Aboriginal Council of Midwives (NACM), at a recent Wilson Center event with the United Nations Population Fund (UNFPA) and the International Confederation of Midwives about Indigenous midwifery. Globally, Indigenous women experience worse maternal health outcomes than non-Indigenous women. In the United States, risk of maternal death is twice as high for Native women than white women, while in Australia the risk is four and a half times higher.

According to the World Health Organization (WHO)—which designated 2020 the Year of the Nurse and Midwife—midwifery care that includes family planning could eliminate 83 percent of maternal deaths, stillborns, and infant deaths. Additionally, well-trained midwives can provide 87 percent of sexual, reproductive, and maternal health services. Indigenous midwives, who typically serve women in their own communities, can improve health outcomes for Indigenous women by providing culturally appropriate care. Global colonization played an integral role in the decline of Indigenous midwifery through policies that outlawed Indigenous midwifery in favor of the biomedical model of care, in which birth is medicalized and women typically give birth in hospitals with access to Western medicine and technology. However, interest in Indigenous midwifery is on the rise today due in part to evidence that it improves maternal health outcomes, said Nicole Pihema, Māori Registered Midwife and President of the New Zealand College of Midwives.

Once Outlawed, Now on the Rise

The resurgence of Indigenous midwifery in Canada is an anti-colonial act that is returning birth to the community, said Fletcher. Indigenous midwifery declined when it was outlawed and denigrated by colonial governments, which was an attack on Indigenous knowledge systems, ways of being, ceremonies, and practices, she said. Due to a government-enacted evacuation policy, many Indigenous women from Northern Canada must travel alone to urban centers in Southern Canada when they are around 36 weeks pregnant. They are forced to give birth in surroundings that are quite different from their communities, and in hospitals where the healthcare providers may not speak the same language. To not be surrounded by your family and your knowledge and your people is difficult. It really affects the health and well-being of the women giving birth as well as their families who they have to leave behind, said Fletcher.

Many non-Indigenous people consider giving birth outside of the hospital and with a midwife quite risky, said Fletcher. In contrast to this “colonial conception of risk,” for Indigenous women, giving birth outside of their communities and in hospitals where healthcare providers may not speak their language can be a great risk. An Inuit, community-driven, Indigenous-led midwifery program in Canada has achieved some of the best maternal health outcomes in the world, because women are able to give birth in their communities surrounded by their families and their knowledge, said Fletcher.

The panel focused on how the long-term effects of colonization have created obstacles to practicing Indigenous midwifery in the present day. In Mexico, mainstream healthcare professionals do not respect Indigenous midwives, said Ofelia Pérez Ruiz (through a translator), an Indigenous Registered Midwife and spokesperson for the Chiapas Nich Ixim Movement of Traditional Midwives. Midwives are criminalized and mistreated when they bring women into hospitals who have birth complications and they are held responsible for maternal deaths, she said. Doctors also often blame pregnant women who are having birth complications for choosing to give birth at home with a midwife. Pérez Ruiz attributed this lack of respect to the biomedical model of birth, which she described as colonial, patriarchal, and racist.

Indigenous midwifery in Mexico, Canada, and New Zealand provides great benefits to Indigenous peoples, according to the panelists. Having a Māori midwife with a Māori woman reduces inequities that occur during birth because a Māori midwife serves as a “rebellious activist” to advocate for Māori women, said Pihema. The resurgence of Māori cultural birthing practices and traditional Māori birthing techniques has created better maternal health outcomes because Māori midwives are less likely to introduce medical interventions in birth, while Indigenous women with more interventions during birth suffer poorer birth outcomes, said Pihema.

One of the most important benefits of Indigenous midwifery is the use of Indigenous language during birth. Healthcare providers must speak the same language as those they care for so that women can clearly communicate with their healthcare providers and understand their choices during birth. One reason women choose to give birth at home with midwives is to communicate in their Native language, said Pérez Ruiz. It is important to normalize language that is woman-centered, family-centered, and Indigenous-centered during birth, said Pihema. You can teach cultural competency all you want, she said, but you’re never going to get it unless you know the language.

In Mexico, Indigenous midwives strive for collaboration with doctors to share knowledge as a complementary team so that Indigenous women receive safe and culturally respectful care, said Pérez Ruiz. Midwives want a relationship with health facilities and practitioners that is based on respect and where health institutions recognize Indigenous midwifery as a valid, knowledge-based practice that produces positive maternal health outcomes.

The modern resurgence of Indigenous midwifery means that conversations about maternal health will need to bridge separate world views from the biomedical model of care and Indigenous knowledge about birth. It is important to Indigenous midwives that other healthcare providers come to respect their practices and unlearn harmful misconceptions about Indigenous midwifery. “We have this idea that being traditional means you don’t change,” said Fletcher, suggesting that people commonly see Indigenous midwifery as archaic and failing to meet modern medical standards. “Respecting our traditions and our knowledge doesn’t mean that we don’t also provide really excellent care.”

Vegan bodybuilder: How to build muscle on a plant-based diet

Vegan bodybuilder: How to build muscle on a plant-based diet