Researchers from Public Health England have conducted a study showing that screening and quarantining travelers on arrival at airports significantly reduces the risk of disease importation during international outbreaks, compared with screening alone.

For the study, Declan Bays and colleagues expanded upon a model they had previously developed, showing that the implementation of screening at airports during outbreaks of influenza, severe acute respiratory syndrome coronavirus 1 (SARS-CoV-1), Ebola, and coronavirus disease 2019 (COVID-19) was only minimally effective at reducing importation of disease cases.

However, the team has now adapted the model to test whether adding quarantining to screening provided any further benefit.

Whether travelers self-isolated for five days or 14 days, the addition of quarantine dramatically improved the rates of detection across all four diseases, compared with screening alone.

The team suggests this may be because self-isolation over an extended period allows a much longer incubation period than the flight time alone, thereby increasing the chance of infections becoming detectable by testing.

Bay and colleagues also point out that the flexible modeling tool used here can be easily and quickly adjusted to assess the efficacy of border screening and self-isolation across a broad range of scenarios.

A pre-print version of the paper is available on the server medRxiv*, while the article undergoes peer review. 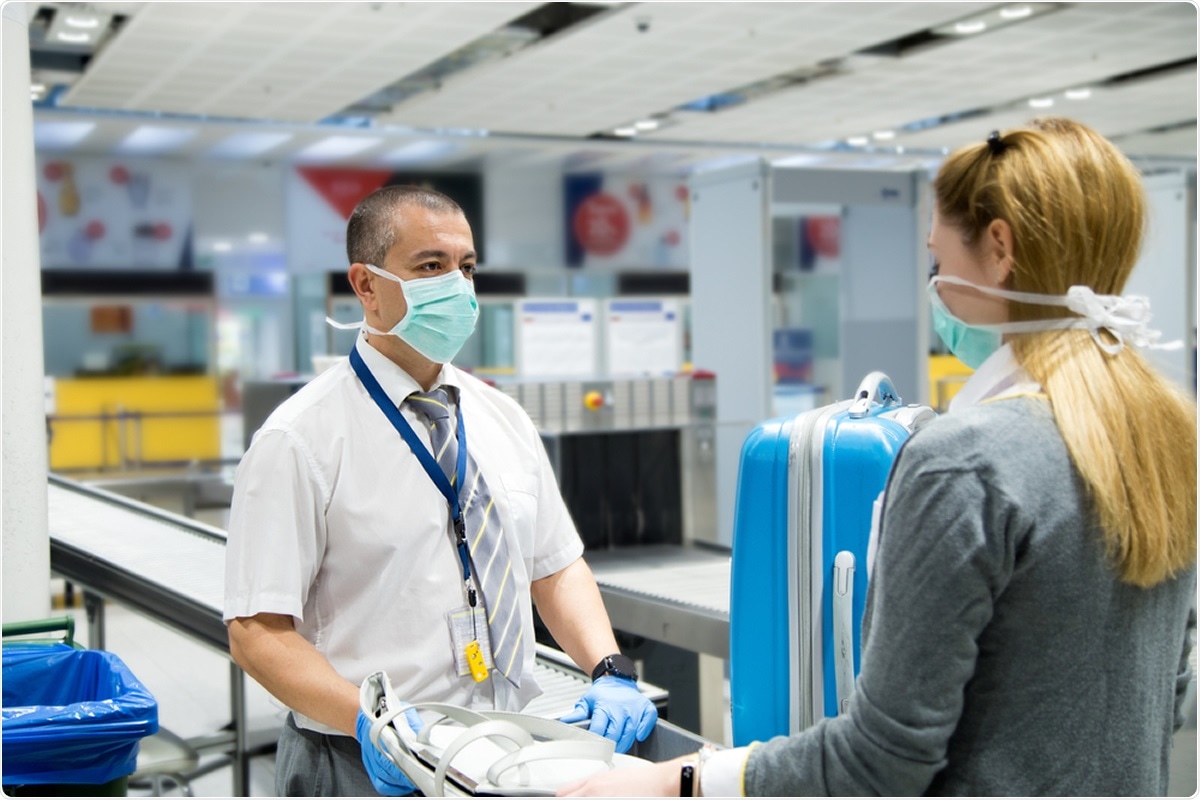 The advent of international travel has meant disease outbreaks can rapidly spread beyond their country of origin to other regions across the world. Once an outbreak occurs in a foreign country, pressure, therefore, quickly mounts to mitigate the risk of cases being imported into a home nation.

In a previous study, Bays and colleagues used a model they had developed to explore the potential of implementing a strict screening policy at airports during outbreaks of influenza, SARS-CoV-1, Ebola, and COVID-19.

The model enabled them to estimate whether screening travelers (assumed to be asymptomatic prior to boarding) on their arrival at an airport would be effective at detecting infection across a range of scenarios. Scenarios varied according to the type of disease concerned, the length of time during which travelers could have become infected, and whether flights were short-, medium- or long-haul.

What did this previous study find?

The researchers say the findings suggested that screening alone may not be effective enough to reduce the risk of importation to levels deemed necessary by local authorities.

The reason for this, they say, might be that among travelers who are asymptomatic before boarding, the flight only provides a small additional window of time for an infection to incubate.

“It is only those that become symptomatic in this short window that entry screening would detect,” write Bays and colleagues.

If this window were extended by requiring all arrivals to undergo self-isolation before being tested a second time, rates of detection might improve, suggests the team.

Adapting the model to account for the effects of quarantining

Now, the researchers have modified the original model to allow for the potential effects that such quarantining may have on disease detection rates.

The results generated showed that requiring all arrivals to self-isolate for five days before they are tested a second time could increase detection rates to 100% for influenza, 87.6% for SARS-CoV-1, 81.7% for COVID-19, and 41.3% for Ebola.

Bay and colleagues say it is clear that adding a period of self-isolation to screening on arrival significantly increases detection rates:

“This is likely because requiring travelers to self-isolate for some extended period allows them considerably more time to incubate than afforded by the flight alone, and thus makes them much more likely to become detectable by testing.”

As well as aiming to build on their previous work, the researchers say they also intend for their model to serve as a general tool that can be applied in the context of other diseases and outbreaks.

“This tool can be used to assess the effectiveness of border screening and self-isolation as a contingency method across a broad spectrum of scenarios,” they write.

“Using our model may also remove the need to reproduce significant amounts of work for marginally different disease scenarios, while providing public health teams with a flexible tool to assess the impact of implementing quarantine, and which can quickly be adjusted and run with minimal effort,” concludes the team.

medRxiv publishes preliminary scientific reports that are not peer-reviewed and, therefore, should not be regarded as conclusive, guide clinical practice/health-related behavior, or treated as established information.