Pregnant wife sobs in court as she stands by her ‘caring and selfless husband’ as he is jailed for viciously raping a teenage girl who sobbed and shouted ‘get off me, stop’ while he covered her mouth and attacked her

A pregnant wife has sobbed in court as her husband was sentenced to six years behind bars for raping a teenage girl, and has even vowed to stand by him.

The Maroochydore District Court heard the young woman yell ‘get off me’ and tried to fight off Karito before he put his hand over her mouth to muffle her screams.

His wife Kursty sat in the gallery as the disturbing details of the father-of-four’s sexual assault were revealed.

In a letter to court, she claimed her husband was a ‘selfless and caring’ man who had an  ‘amazing bond’ with their four sons, as the judge heard she was standing by him.

‘She states that she has been by his side the entire time so she remains a support and lives in the household,’ Mr Turner said. 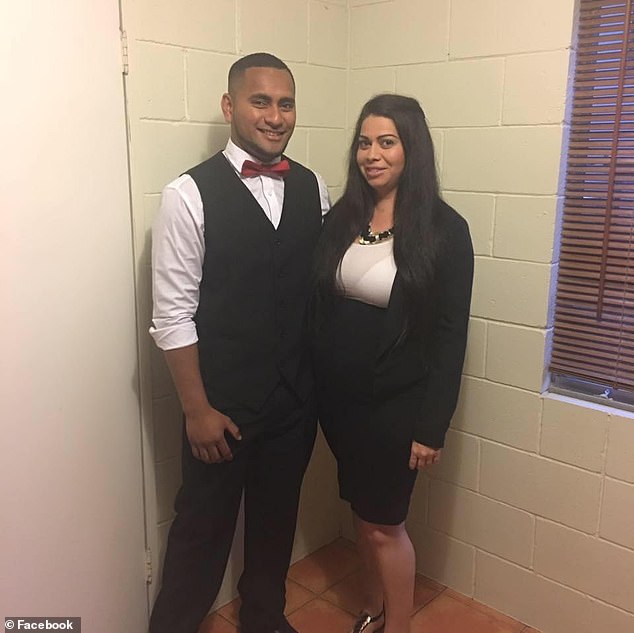 The ordeal began when the victim, who was asleep on a couch, awoke to Karito groping her and whispering in her ear, the Sunshine Coast Daily reported on Wednesday.

She elbowed Karito and told him to stop and then went back to sleep.

But the girl woke up a second time to find groping her once again, and pleaded with him to stop.

But on the third occasion she found Karito forcing his hand inside her underwear.

The court heard the victim cried and attempted to kick her attacker away.

‘But he inserted two fingers inside her vagina and thrust them in and out,’ crown prosecutor Christopher Cook told the court. 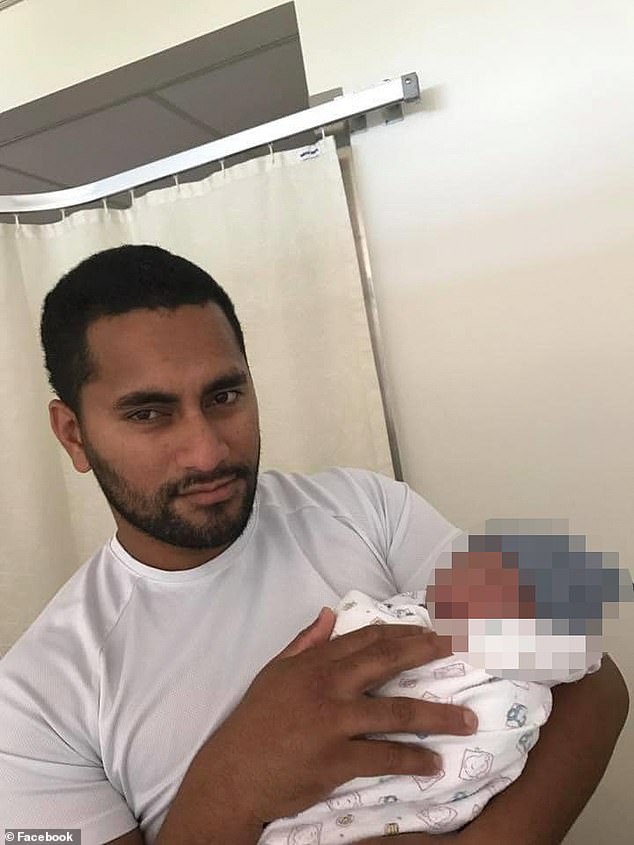 Karito then placed his hand over her mouth and continued the depraved assault, penetrating the girl’s vagina with his penis and thrusting three times, Mr Cook added.

The girl eventually managed to break free and locked herself in the bathroom of the home.

In the moments that followed, Karito told her to keep the incident to herself.

Karito pleaded guilty after being charged with two counts of sexual assault and one count of rape.

His wife Kursty has continued to stand by Karito after he confessed to the crimes.

The court heard Karito is at risk of being deported following his sentence as he was born in the Cook Islands and is on a temporary visa.

‘He stated that he is terribly sorry for causing this young woman and her family trauma, emotional pain and grief,’ defence barrister Nathan Turner told the court.

Although Mr Turner said Karito holds himself 100 per cent accountable and doesn’t make any excuses for his unacceptable behaviour, he added that alcohol was a contributing factor.

Judge Gary Long acknowledged that with strong support from his wife and family, Karito has promising prospects of rehabilitation.

But he ruled the offending was persistent and involved a betrayal of trust that would likely have an ongoing impact on the victim.

Karito will be eligible for parole in just 20 months.

Out and About at WRAL.com