Health officials in New South Wales have been given a 48 hour countdown to trace three new COVID-19 infections, or risk Queensland pushing back the reopening of its border.

The state announced the new infections, all in Sydney’s south and south west, on Wednesday, after enjoying 12 days with no new community cases.

The surprise new cases have dashed hopes that Queensland will reopen its border with NSW as planned on November 1.

Deputy premier Steven Miles has confirmed NSW contact tracers will have just 48 hours to track the source of all three infections to known clusters.

If they fail, Queensland will ‘consider’ pushing back the opening date, dashing interstate holiday hopes for millions of Australians and ending months of turmoil. 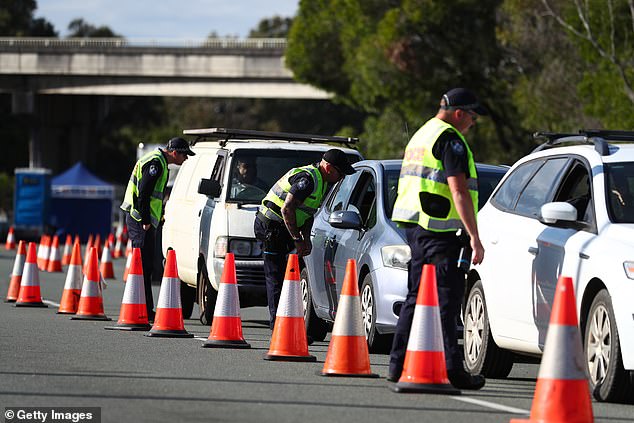 Police speak to drivers attempting to cross into Queensland at the Coolangatta border check point on October 1 (pictured), with the border intended to be open on November 1 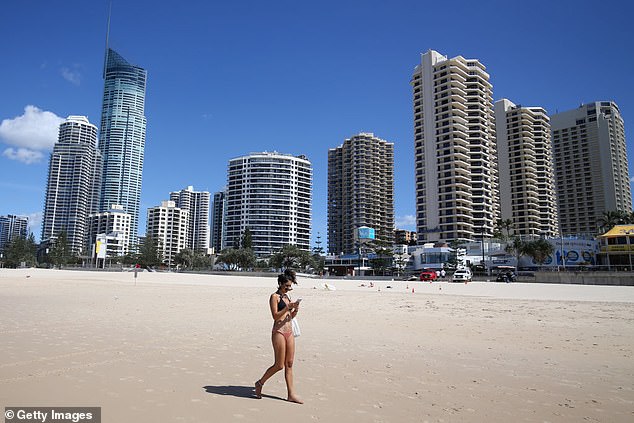 Locals in New South Wales had been looking forward to holidays in Queensland (pictured, Surfers Paradise Beach) but those hopes have now been dashed

‘I don’t want to get ahead of ourselves,’ the health minister said on Wednesday.

‘The contact tracers in NSW have been doing a really great job. So I hope that they can identify how these are linked to a cluster.

‘But if they’re not, then that’s very concerning and so we would need to take that into account.’

The three new people infected with COVID-19 in Sydney visited Kmart, Westfield and Fitness First, sparking fears they may have spread the disease further.

NSW Health are currently contact tracing new cases and issued a public warning on Tuesday, saying people who visited the same locations as the infected people should get tested and isolate.

One of the infected people attended a pilates class at Fitness First in Carlingford from 8.15am to 9.15am on Saturday.

All those who attended the same class are considered close contacts and must immediately get tested and isolate for 14 days from the class. 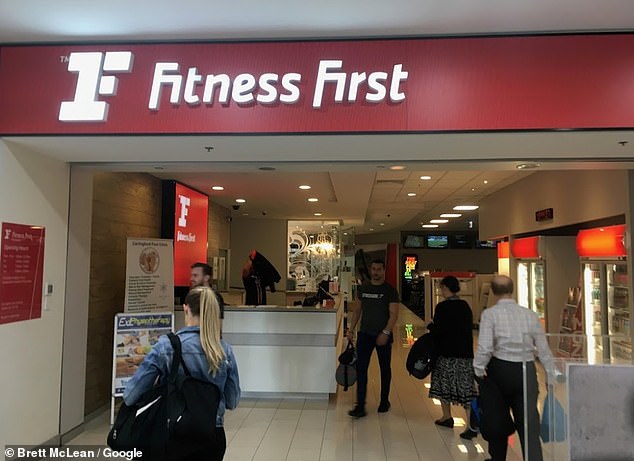 One of the infected people attended a pilates class at Fitness First in Carlingford (pictured) from 8.15am to 9.15am on Saturday. All those who attended the same class are considered close contacts and must immediately get tested and isolate for 14 days from the class

NSW Health is directly contacting those who attended.

Anyone else who went to Fitness First at the same time but didn’t attend the pilates class are still considered casual contacts and should still get tested.

People who attended six other venues in Sydney’s west, south west and north west are also considered casual contacts and should be tested.

Another infected person went to Kmart in Narellan in Sydney’s south west from 6pm to 7pm on Friday. 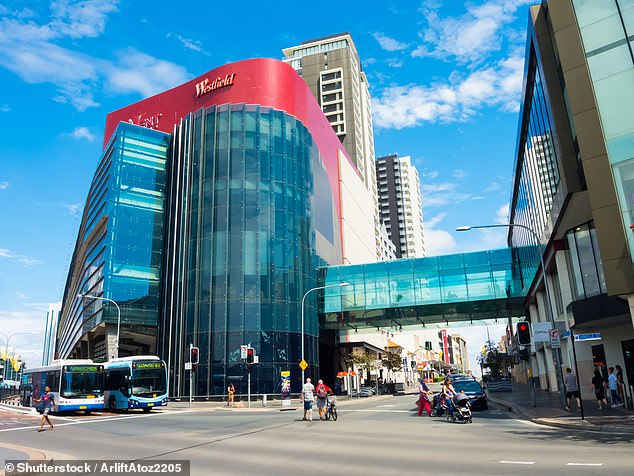 An infected person also went to the popular Westfield in Parramatta (pictured) in Sydney’s west on Monday between 9.30am and 11am. All those who attended within these hours are considered casual contacts and should be tested for COVID-19 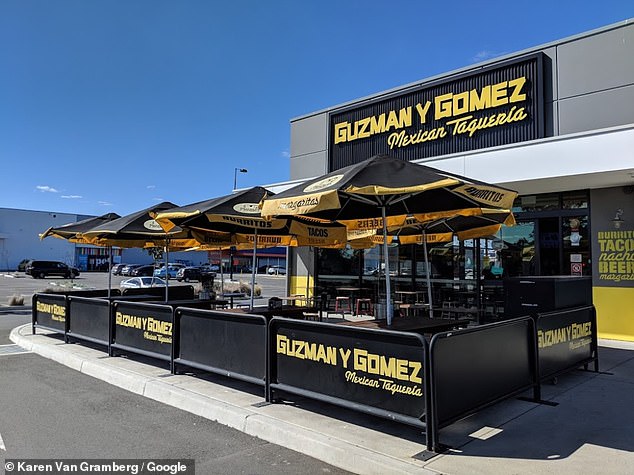 Those who attended Guzman y Gomez in Penrith (pictured) between 1.30pm and 2pm are considered casual contacts to an infected person and should be tested

Three businesses in Penrith in Sydney’s west have also been put on alert.

Those who attended Penrith Homemaker Centre from 11am to 1pm on Sunday should get tested as well as those who went to Guzman y Gomez between 1:30pm and 2pm.

The final Penrith business is Home Co, where shoppers who attended between 2pm and 2:30pm on Sunday should also be tested.

An infected person also went to the popular Westfield in Parramatta in Sydney’s west on Monday between 9:30am and 11am. 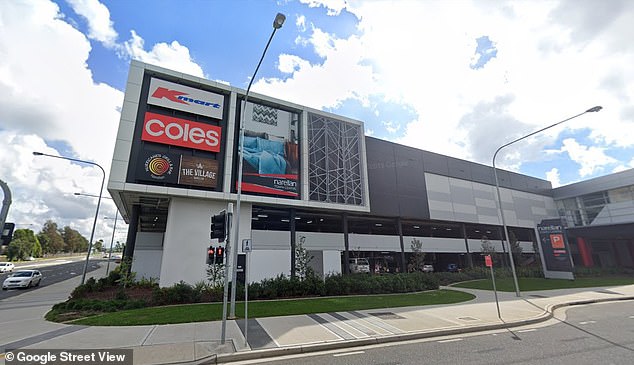 Another infected person went to Kmart in Narellan (pictured) in Sydney’s south west from 6pm to 7pm on Friday. Those who attended are considered casual contacts and should be tested

The last location on alert is Castle Towers Shopping Centre in the city’s north west, where an infected person was shopping for an hour from 12pm to 1pm on Monday.

The state health department is ‘concerned’ that testing numbers have dropped recently and is encouraging increased testing across Sydney.

NSW Health said it is ‘especially important for people across West and South West Sydney’ to get tested since the new cases are located there.

There were another three were from overseas travellers in hotel quarantine, bringing the Wednesday’s total to six. 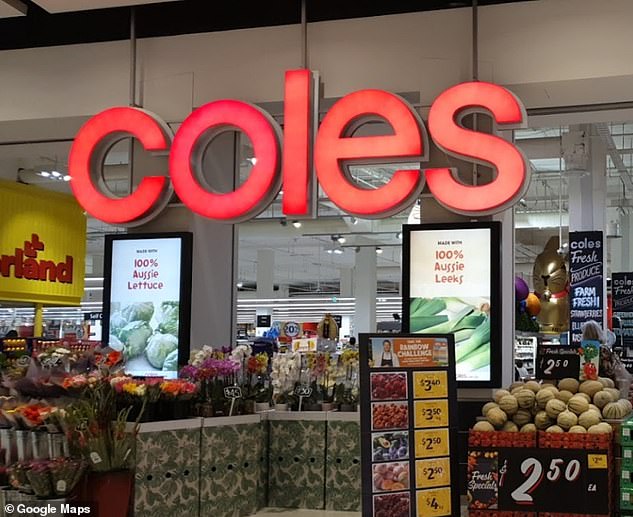 Shoppers from two Coles supermarkets, in Williamstown and Cheltenham (pictured), as well as customer from the Keysborough Aldi have been put on high alert after another customer tested positive to COVID-19

The 14-day rolling average in metropolitan Melbourne decreased to 9.9 from 10.6 on Wednesday, while the number of cases with an unknown source fell from 13 to 12.

The Andrews government has set an ambitious target of a rolling two-week average of just five cases a day if lockdown is to be eased by October 19.

Aldi and Coles customers in Melbourne have also been put on high alert after two shoppers and an employee tested positive to COVID-19.

Anyone who was at the Coles store in Williamstown on September 30, between 7pm and 10pm, and the Coles at Westfield Southland in Cheltenham on October 2, between 4.45pm-5.15pm should look out for symptoms.

People who shopped at the Keysborough Aldi between 3.45pm and 4pm on October 1 have also been put on high alert.

Saturday 3 October: Fitness First, Carlingford (all attendees other than those in the pilates class notified above): 8 to 9:15am