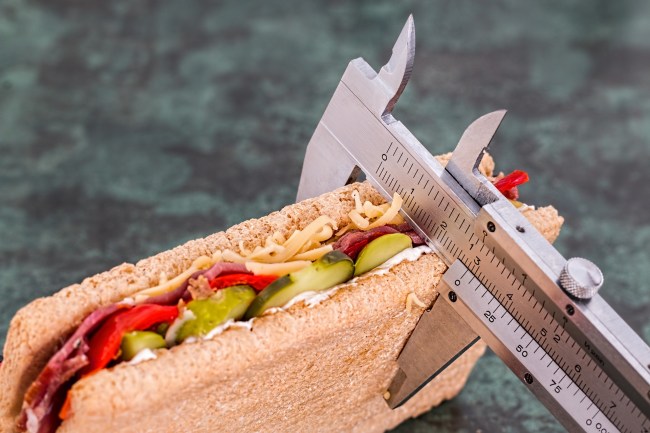 So many people reading this right now have tried the intermittent fasting diet. A study earlier this year found that 24% of all adults in the United States had attempted some form of intermittent fasting at some point. I’d suspect that number is higher for BroBible readers who tend to be in tune with fitness and diet trends more than the general public.

The study was published on September 28th in JAMA Internal Medicine and the main takeaway was ‘Time-restricted eating did not confer weight loss or cardiometabolic benefits in this study.’ The approach they took for the study was the common 16:8 Method where the period of the day in which someone eats is restricted to just 8 hours, often noon to 8pm or 1pm to 9pm. There are a few other ways to intermittent fast but this is the most common method.

People who were assigned to eat at random times within a strict eight-hour window each day, skipping food in the morning, lost an average of around 2 pounds over a 12 week-period. Subjects who ate at normal meal times, with snacks permitted, lost 1.5 pounds. The difference was not “statistically significant,” according to the research team at UCSF.

“I went into this hoping to demonstrate that this thing I’ve been doing for years works,” he said by phone. “But as soon as I saw the data, I stopped.” (via CNBC)

The study was just published last week but it was conducted back in 2018. They recruited 116 obese or overweight people and broke them out into various groups (test/control). Each participant was given a Bluetooth-connected scale and was instructed to maintain their normal level of exercise. Dr. Weiss believes the ‘placebo effect’ might account for the 1.5 to 2-pound weight loss across both groups because they were all paying close attention to their weight than normal.

The study also found potentially adverse effects of intermittent fasting including the loss of lean muscle (compared to the control group):

There may also be a potential downside to intermittent fasting. A smaller percentage of participants were asked by the researchers to come on-site for more advanced testing, including changes in fat mass, lean mass, fasting glucose, fasting insulin and so on. Through those measurements, researchers discovered people who engaged in time-restricted eating seemed to lose more muscle mass than the control group. Weiss says the outcome wasn’t definitive, but he is hoping to conduct further studies down the line. (via CNBC)

The doctor isn’t ready to completely do away with the potential health benefits of intermittent fasting and more testing needs to be done in order to identify if cutting out eating at specific times throughout the day can lead to weight loss. They’ll need to test skipping meals in the morning vs. evening, etc.

Since I know A LOT of you want to see the study for yourselves, you can read that right here on the JAMA Internal Medicine journal. The study’s conclusion highlights the importance of further testing but notes that time-restricted eating did not lead to statistically significant/meaningful weight loss, that’s the major takeaway.

Before you email me about any interpretation of this study, know that I’m just sharing the facts here. I didn’t conduct this study that upended the diet you’ve been on for years as something that doesn’t actually cause any weight loss whatsoever. They also didn’t conduct this study in conjunction with groups of people actively trying to lose weight by ramping up their exercise. I’d be very curious to see how the groups looked if both were embarking on new rigorous fitness routines while also starting a diet vs. keeping the same.