When is it time for weight loss surgery? 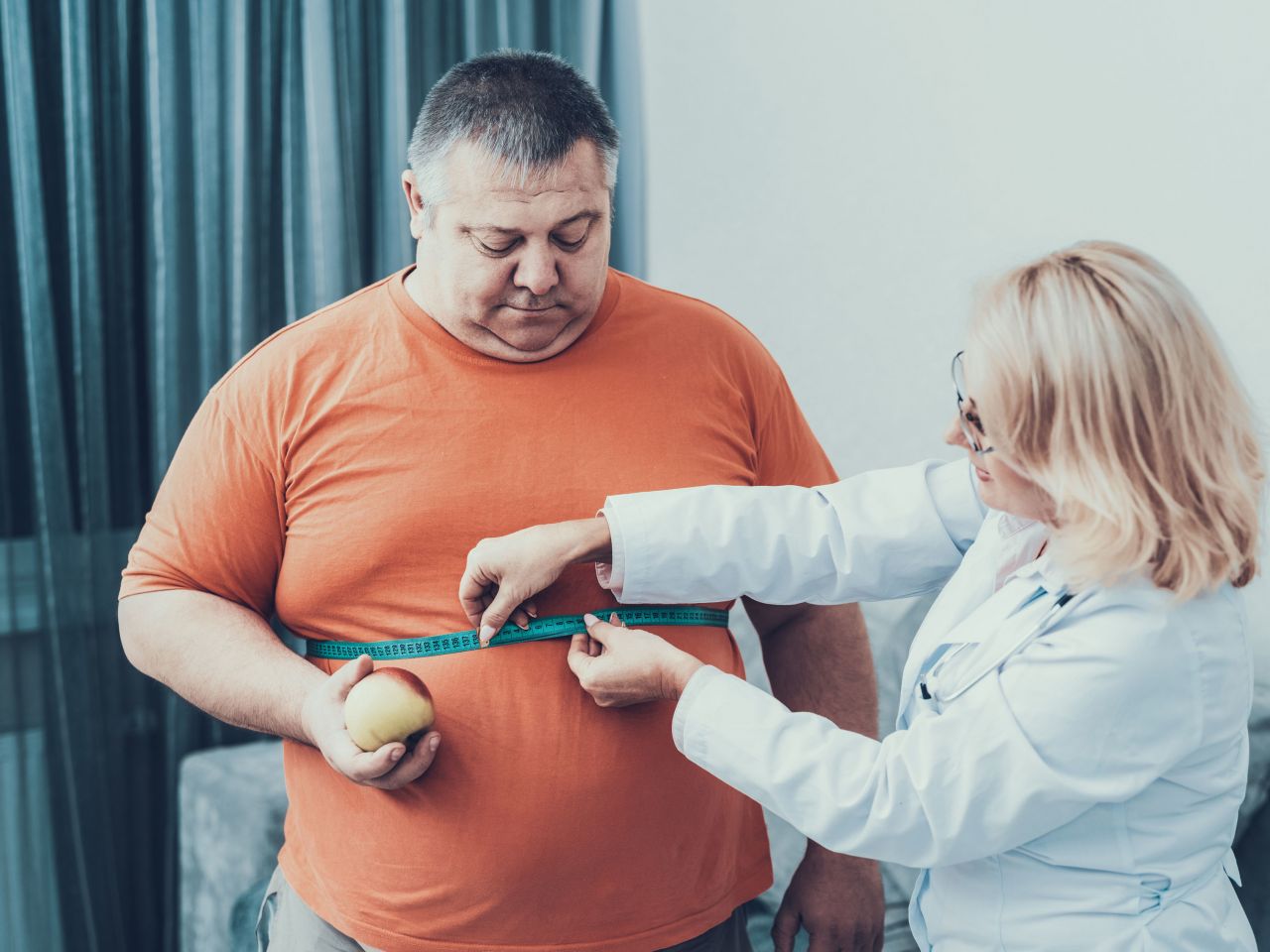 Far from being a ‘lazy’ option, a metabolic surgeon explains why obesity is a disease that often needs medical treatment.

We’re frequently told that the key to weight loss is simple – just eat less and move more. Yet with obesity rates as they are, it’s clear that for many people, it’s really not that simple at all.

There is, of course, another option for those who are seriously obese or overweight and conservative methods alone haven’t worked – and that’s weight loss surgery, also known as bariatric or metabolic surgery.

But why is surgery sometimes deemed necessary, and what does it involve? Here, metabolic surgery pioneer Professor Francesco Rubino, lead of The London Bridge Hospital Metabolic and Bariatric Centre, part of HCA Healthcare UK, and chair of bariatric and metabolic surgery at King’s College London, shares his views…

Why can it be so hard for some people to lose weight and keep it off?

“Severe obesity is a disease, not a lifestyle choice. Research shows that when we lose weight by diet, our body reacts by activating mechanisms that defend against that. In fact, hunger-stimulating hormones typically increase after diet-induced weight loss and our body also tends to reduce the amount of energy it utilises, making it difficult to maintain weight loss in the long-term,” says Rubino.

“These effects are not under control of our willpower and are ingrained in our biology. This explains why people who try diets almost invariably regain weight at some point. This isn’t necessarily a lack of self-discipline, or a person’s fault, as most people think, but the result of the way our biology works, defending a set, narrow range for body weight. In people with severe obesity, this set point is too high but the mechanisms that normally defend against weight loss are still working and powerful, thus frustrating voluntary efforts to lose weight by eating less and exercising more.”

What is weight loss surgery?

There are different variations of weight loss surgery. The two most common are gastric bypass surgery, which divides the stomach into two smaller pouches and re-routes the small intestine, and sleeve gastrectomy surgery, a procedure that removes part of the stomach and shapes it as a tube or ‘sleeve’.

“They were originally designed to reduce the size of the stomach but they actually change the physiologic mechanisms that regulate appetite, satiety and sugar metabolism,” Rubino explains. “There isn’t a single procedure that fits everyone’s needs. Different procedures have different actions, which may result in different potential to improve metabolic conditions associated with obesity, beyond weight loss,” he adds. “Hence, the choice of procedure needs to be thoroughly discussed with a specialist and must be tailored to the individual patient’s need.”

Why is weight loss surgery so effective?

“In the 1950s, when bariatric surgery was first introduced, understanding of the functions of the gastrointestinal (GI) tract was quite rudimental – it was considered a mere digestive organ. So it made logical sense to think that by physically limiting the size of the stomach, or bypassing large portions of the intestine, one would be able to reduce the amount of food you can eat or the calories the body can absorb. Research over the last two decades, however, has shown this isn’t true,” Rubino explains.

“The GI tract is a complex, sophisticated endocrine and metabolic organ, something akin to a computer – some call it the ‘second brain’ – that receives input from the food we eat and sends signals to other organs to regulate body weight as well as sugar metabolism. Signals from the gut can inform the brain about calorie intake and accordingly regulate hunger and satiety. Other signals reach the liver and pancreas, where they can influence the production or action of insulin.

“This explains why gastrointestinal – bariatric/metabolic – surgery is so effective in inducing and maintaining weight loss, and also why it can dramatically improve other metabolic diseases, especially type 2 diabetes. Research has clearly shown bariatric surgery reduces or abolishes the very mechanisms that normally resist weight loss. In fact, the changes in hunger and satiety hormones that follow bariatric surgery are exactly opposite to those elicited by dietary interventions.”

“Some argue that diet and exercise, rather than expensive surgery, should be used to treat diabetes or severe obesity. This idea is both ill-conceived and ill-informed. In fact, there’s definitive evidence that where surgery is indicated by current guidelines, lifestyle interventions alone are no longer sufficient to achieve adequate disease control,” says Rubino. “On the other hand, in people with mere overweight or mild, uncomplicated obesity (BMI under 35 without other metabolic disease), surgery isn’t indicated and isn’t a replacement for a healthy lifestyle, which can still be effective in preventing progression towards more severe obesity.

Who can have the surgery?

There’s a range of criteria for having weight loss surgery on the NHS. These include having a BMI of over 40, or having a BMI of 35-40 if you’ve already developed health complications that may improve with weight loss. Patients will need to be committed to long-term healthy changes after the surgery too.

“Recent clinical trials have shown that in patients with type 2 diabetes and obesity, metabolic surgery is more effective than any other available therapy,” says Rubino. “Currently, the National Institute for Health and Care Excellence (NICE) and international guidelines recommend metabolic surgery be considered to treat type 2 diabetes patients and those with a BMI of 30 or over. However, only 0.2% or less of eligible patients have access to such surgery.”

Who shouldn’t have the surgery?

A number of factors can deem people unsuitable for surgery too, including: “People who don’t suffer from severe obesity or its complications. Bariatric surgery is generally safe but this doesn’t mean it’s an appropriate or proportionate approach to deal with less severe overweight levels, where lifestyle changes have been shown to prevent progression toward severe obesity or diabetes in many patients,” says Rubino.

“Also, people who are candidates for surgery but would be unsafe to operate on. Though bariatric surgery is less life-threatening than obesity or diabetes, it’s still major surgery and requires general anaesthesia,” he adds. “And people with conditions that can undermine compliance with nutritional supplementation. Bariatric surgery can alter the absorption of certain vitamins and micronutrients, s o patients need to rigorously take nutrient supplements, lifelong.”